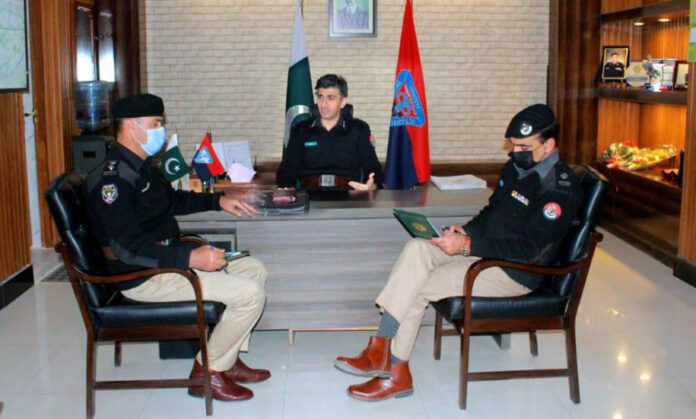 Our Correspondnet
PESHAWAR
The chief of the traffic police has said that all resources would be utilized to provide uninterrupted travel facilities on the roads of provincial capital. He said this while reviewing a meeting about the traffic system in Peshawar here on Tuesday. On this occasion all police officers of the traffic police including SP Cantt traffic Amanullah, SP City Abdul Salam Khalid, DSP education-1 Shazia Shahid, DSP Education-II Traffic officers and traffic wardens including Nasir Khan were also present.
Abbas Majeed Khan Marwat was briefed about the steps taken regarding traffic rules, changes through IT reforms, actions against encroachment mafia and other measures.
He said that traffic police should use all its capabilities to ensure uninterrupted travel facilities to the citizens and no negligence would be tolerated in this regard. Abbas said that further IT reforms would be made to further improve the traffic system so that Peshawar could be presented as a model for the entire province.
He further said that traffic officers and wardens should continue their operations against encroachment mafia on a daily basis so that encroachments from across the city could be eradicated and citizens could not face any difficulties.
Business community should continue to co-operate with the staff of City Traffic Police Peshawar in beautifying the city and eradicating encroachments and the encroaching mafia should voluntarily eliminate encroachments so that their valuables are not wasted during the operation.