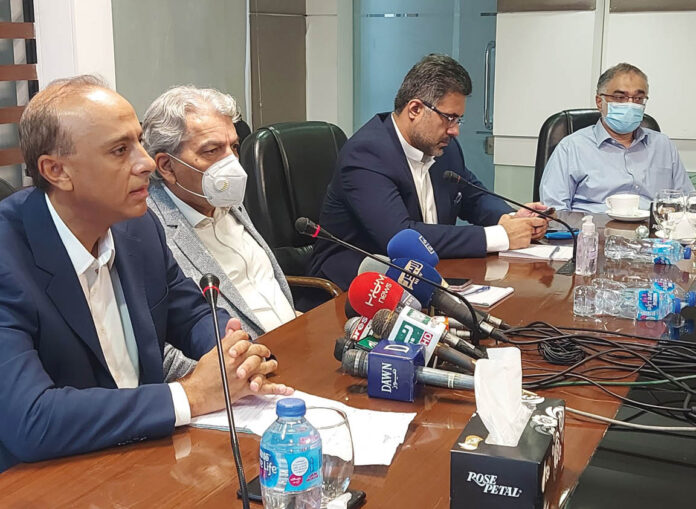 LAHORE
The All Pakistan Textile Mills Association (APTMA) has elected Abdul Rahim Nasir as its new Chairman for the year 2021-22 while Jamil Qassim and Atta Shafi Tanvir Sheikh were elected as Senior Vice Chairman and Vice Chairman respectively.
By sweeping all seats in Central and Zonal elections of APTMA, Gohar Ejaz Group has registered 12th consecutive victory which is unprecedented in the history of APTMA or any other Trade Organization in the country.
Addressing the press conference, Mr. Abdul Rahim Nasir thanked the Central Executive Committee and group leader Gohar Ejaz for reposing their confidence on him and assured that the new leadership would keep serving the industry under the leadership of Mr. Gohar Ejaz. He said he would keep interacting with the government for continuation of Regionally Competitive Energy Tariff of electricity at 9 cents per kWh and gas at $6.5 per MMBTU during the fiscal year 2021-22 and onward.
He expressed confidence that with incessant availability of energy and raw materials at regionally competitive rates, industry would put its best to achieve the lofty target of exports for the current year.
He added that textile industry was fully conscious of its social responsibility which is evident from the fact that the textile industry was the only sector of economy where no retrenchment had taken place despite successive waves of Covid-19.
Acknowledging the role of Prime Minister Imran Khan and his economic team in the revival of whole industry in general and textile sector in particular, Mr. Nasir urged the Government to accelerate its pace in removing the remaining irritants in doing business for uplifting the economic activity in the country.
He expressed his confidence that the textile industry would never disappoint the government in terms of earning foreign exchange, creating jobs and bringing in new investment for a prosperous Pakistan.
Talking about export performance, he said that textile exports have registered an impressive growth during the outgoing fiscal year of 2020-21 by earning $15.4 billion for the country, which is 23 per cent higher than the previous year’s textile exports of $ 12.5 billion. He pointed out that about 70% of textile exports from Pakistan were from value added sector which is a healthy sign for the country.
Newly elected Chairman APTMA Northern Zone Mr. Hamid Zaman speaking on the occasion, congratulated the central leadership of the Association on assuming their offices, saying that Northern Zone would extend all out support to the central leadership to get resolved the industry issues.