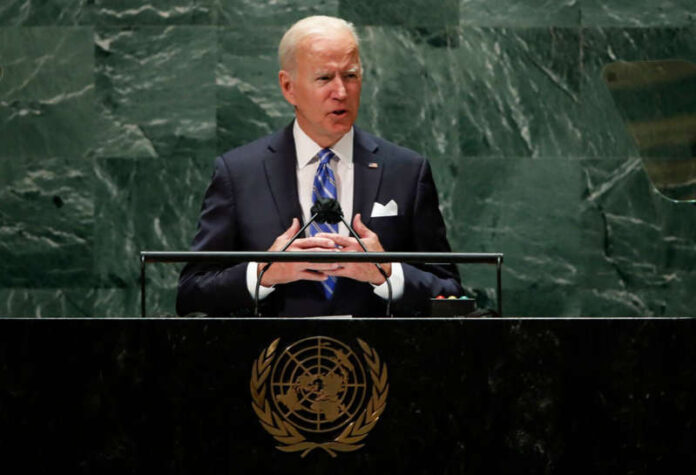 President Joe Biden indicated an interest in turning a page on US-Iranian relations during his first address to the UN General Assembly (UNGA) on Tuesday.

Speaking at the body’s headquarters in New York City, Mr Biden said that the US would return to “full compliance” with the deal negotiated during his previous stint in the White House, under former President Barack Obama.

– Getty Images “The United States remains committed to preventing Iran from gaining a nuclear weapon. We are working with the P5+1 to engage Iran diplomatically and seek a return to the JCPOA,” said Mr Biden, referring to the acronym for the official title of the 2015 nuclear accord signed by the US, Iran, and several European nations. “We’re prepared to return to full compliance if Iran does the same.”
The remarks represented a defeat for Iran hawks, who for months have pushed the Biden administration to continue with the maximum pressure campaign begun under the Trump administration after it withdrew from the Iran deal in 2017 and began slapping sanctions back on top figures in Iran’s government. The rationale given by the US State Department at the time were supposed violations of the “spirit” of the deal by Iran’s government.

Those tactics drove the two countries apart even further and nearly led to war breaking out on several occasions, including in 2019 when Iran shot down a US spy drone that it claimed had entered its territory but US officials asserted was over international waters. Iranian leaders have said that the US must be the first to drop those sanctions and return to compliance with the accord, as the US officially left the deal first.

Allies of former President Donald Trump such as former Secretary of State Mike Pompeo were chief boosters of that strategy, but it also found some allies in the conservative wing of the Democratic Party.

Mr Pompeo joined a meeting of Iranian-American activists in DC on Monday, where he called for Iran’s president to be prosecuted for human rights violations including the massacre of thousands of dissidents “not tomorrow; not next week; not next year. But he should be prosecuted now.”

As recently as August former House Foreign Affairs chairman Rep Eliot Engel, a centrist New York Democrat who lost his seat to a Justice Democrat-backed primary challenge from Rep Jamaal Bowman, told The Independent that he hoped the Biden administration would seek to renegotiate the 2015 deal in a manner that was tougher on the Iranian government.

Iranian-American activists and Iranians active around the world in groups opposed to Iran’s government have been part of the campaign pressuring Mr Biden to be tougher on Iran and its new president, Ebrahim Raisi. Hundreds of demonstrators rallied in the streets of New York on Tuesday as both Mr Biden and Mr Raisi gave speeches to the UNGA.

In a statement issued on Monday, the head of the National Council of Resistance of Iran (NCRI) called on Mr Biden to refer a dossier of alleged human rights violations including the murders of thousands of dissidents to the UN Security Council.

“The international community must adopt a firm policy on Iran, something that meets the desire of the Iranian people and is vital to regional and global peace and tranquility,” said Maryam Rajavi.

“We want the world to recognise the right of the Iranian people to overthrow the regime. We want them to acknowledge their right to establish freedom and democracy and a republic based on the separation of church and state,” she continued.