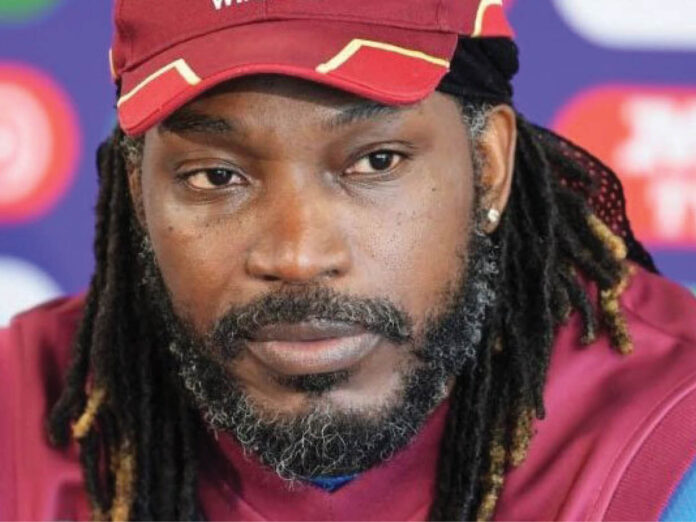 ‘I’m going to Pakistan tomorrow’
Islamabad
West Indian cricketer Chris Gayle lit the internet on fire with his tweet “I’m going to Pakistan tomorrow”, with a huge number of Pakistani fans on Twitter lauding him for standing behind the country in its time of need.
The cricketer’s statement soon became the top trend on Twitter in Pakistan.
The 41-year-old allrounder announced he was flying to Pakistan, also inviting others to accompany him to the cricket-crazy country.
“I’m going to Pakistan tomorrow, who coming with me?” Chris Gayle tweeted. The Pakistan Cricket Board retweeted his tweet.
A renowned cricket-specific website also said Chris Gayle gave Pakistan fans the news they wanted.
It is not clear if Gayle is coming to Pakistan or not. However, several Pakistani cricket fans expressed delight and hailed his statement.
Pakistani left-arm pacer Muhammed Amir also welcomed the Jamaican cricketer in Pakistan. “See u there, legend,” Amir had tweeted.
Amir criticised New Zealand for abandoning the most-awaited Pakistan tour, saying the decision will “bite you [New Zealand] in future”.
“[Hi New Zealand] might we as a Pakistani will forgive [you] because we are a loving nation but this act will bite [you] in future for sure,” he said on the microblogging website.
Many cricket buffs showered praise on Chris Gayle for his decision and welcomed him on Pakistani soil. Some users said the cricketer has won the hearts of Pakistani cricket fans around the globe.
Moments before the ODI series opener at the Rawalpindi Cricket Stadium, the New Zealand Cricket (NZC) board on Friday backed out of the much-awaited tour, citing a security alert from their government. The Pakistani authorities assured the team of complete security but they insisted on calling off the series.
The PCB in a statement said the NZC informed them that they had decided to cancel the series due to security concerns, adding that it was their unilateral decision.