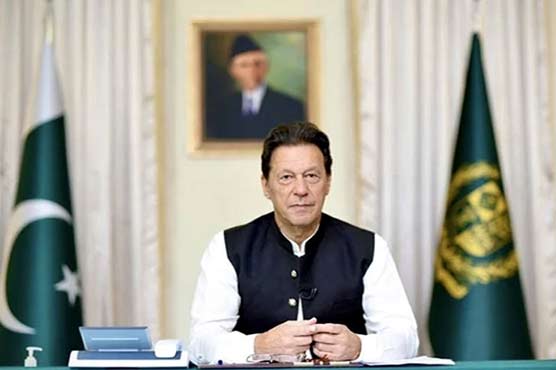 ISLAMABAD
Prime Minister Imran Khan has declared to hold investigation into the corruption carried out in road infrastructure projects undertaken by the government of Pakistan Muslim League-Nawaz (PML-N).
Addressing the up-gradation ceremony of Balochistan’s Jhal Jhao-Bela Road at an event held here at the PM House on Wednesday, the prime minister said the Federal Investigation Agency (FIA) has been mandated to expose the handful of elements that minted money through road projects.
The prime minister pointed out that the road projects being executed by the present government are less in rates when compared with those completed in previous regimes. He said, “We are spending Rs200 million per kilometre less on a four-lane road than the ones executed back in 2013.” He said this demonstrates how much taxpayers’ money was plundered in the past. He assured to make the findings of the investigation public.
The prime minister reaffirmed the determination to ensure equitable development in order to make Pakistan strong. He said, “We are focussing on the development of backward areas to bring them at par with the developed ones.”
The prime minister especially stressed for improving connectivity in Balochistan, saying this is vital for the development of the province as well as Pakistan. “Unless Balochistan is made the stakeholder, the overall development of the country cannot be achieved,” he said.

“Linking Balochistan with a developed Centre will be beneficial for both the province and Pakistan”. He said he is committed to ensuring uplift of the areas of Balochistan which faced neglect over the past 70 years.

On apathy towards Balochistan, he held responsible the previous governments and also the politicians of the province, who ignored the overall development and focused merely on their constituencies in view of gaining electoral support. “After completion of the government’s five-year tenure, I want our scorecard to have an outstanding highlight i.e. carrying out an unprecedented phase of development in Balochistan to end its deprivation,” he said.

Speaking on the occasion, Balochistan Chief Minister Jam Kamal Khan said in three years, the federal and the coalition government have materialised numerous development projects for the benefit of the locals.

He mentioned that Punjgur to Awaran and Jhaljao to Bela highway would prove as the “shortest trade link from the Iranian border to Karachi”. He said the main artery road of Chaman-Quetta-Khuzdar would be a milestone of socio-economic development in future.

Federal Minister for Communication Murad Saeed said the focus on Balochistan’s development is in line with PM Imran Khan’s vision of uplifting the underprivileged sections of the country.

He mentioned that work on the highways of Balochistan is underway at full pace to connect the province with the rest of the country. TLTP

Khaqan Abbasi once again calls for abolition of NAB