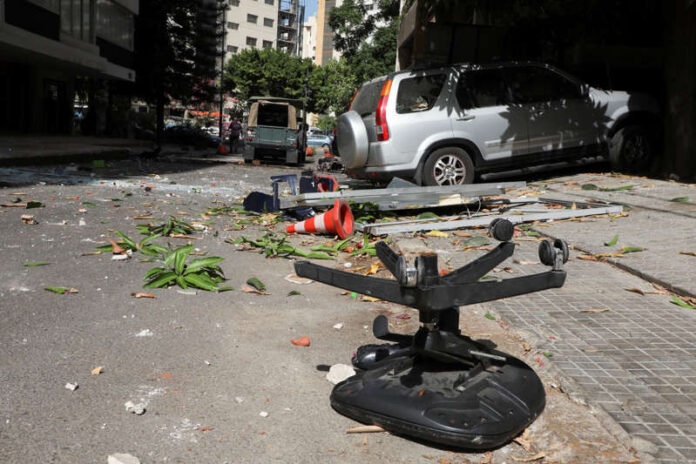 Unknown gunmen in Lebanon’s capital opened fire, killing at least three, at a protest Thursday over a judge leading an investigation into a blast that tore through Beirut last year.

Supporters of Hezbollah, Lebanon’s strongest political party and militant group, as well as the allied Amal movement, had taken to the streets to protest Judge Tarek Bitar, an hour after Lebanon’s highest court rejected a petition to replace him.

The brazen attack on Lebanon’s most powerful force, both militarily and politically, represents a dangerous escalation in a country that has been teetering on the of collapse for the last year.

Bitar is the second judge to lead the investigation against formidable opposition by various political parties in Lebanon, including the heavyweight Hezbollah, a U.S. designated terrorist group.

Heavy gunfire sliced through the heart of Beirut for hours, even as the army deployed and attempted to identify the snipers that shot at the protesters. At least nine people were also wounded, a nearby hospital confirmed to The Washington Post.

When asked about the identify of the gunmen, army spokesman t Col. George Khoury just said, “we don’t know.”

“The deployed army units will fire on any armed person who is on the streets, and toward anyone who is firing from any other place, and asks citizens to empty the streets,” read a military statement.

The statement said that protesters heading toward the Adlieh area in the capital were fired on and the army and surrounded the area to locate those responsible.

A media coordinator for Hezbollah confirmed to The Post that snipers shot at protesters from rooftops, killing three. When asked about the affiliation or identity of the assailants, she said, “no one can be accused until the whole truth becomes clear.”

The Red Cross said it had dispatched its teams to the scene.

Local media on the ground reported that one sniper was caught, as well as the building caretaker. Around noon, at least five small explosions were heard close to the scene, shaking windows nearby, likely from rocket propelled grenades.

Reporters of local channels carrying the scene live repeated the need for de-escalation to avoid repetition of a civil war that destroyed much of the country between 1975 and 1990. Residential streets and the area around the Palace of Justice, where the protest was based, were stained with blood and littered with bullet shells.

The probe into the Beirut blast, which ripped through much of the city and killed more than 200 people, has elicited outrage from both the families of the victims for political stalling, and from supporters of political leaders that are being investigated.

Judge Bitar has widespread support from families of the victims and many others, especially following a threat from a high-ranking Hezbollah official to remove him if he does not fall in line.

In a joint statement, Hezbollah and Amal said, “This aggression by organized, armed groups aims to drag the country to purposeful disorder,” and implored the army to quickly intervene and hold responsibility of the scene.

Six months after massive Beirut explosion, official investigation has been upended Rage and sorrow as Lebanon marks anniversary of Beirut blast Lebanon’s crises are only getting worse