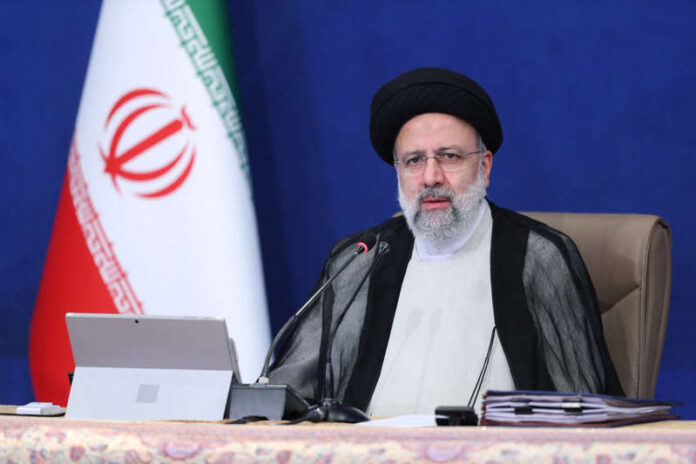 Iran’s new president submitted a proposed cabinet of conservatives, hardliners and military figures on Wednesday amid a report that Israel has warned the United States that the recently elected cleric is an erratic extremist who will scuttle any plan to resurrect a deal to limit his country’s nuclear programme.

Ebrahim Raisi, elected in June to succeed the pragmatist Hassan Rouhani, has named well-known figures from his camp including the former head of state television and a former Revolutionary Guard official who has been implicated in terrorism, and who remains subject to American sanctions.

Also on his list of nominees is proposed foreign minister Hossein Amir-Abdollahian, a level-headed veteran diplomat long known to the west. He has strong ties to Iran’s political elite and security establishments and has worked under both moderate and hardline presidents.

There is not a single woman on Mr Raisi’s list of 19 proposed cabinet nominees, adding to worries that he would seek to further strip women in Iran of their rights.

Israel’s Channel 12 reported that Mossad officials have warned CIA chief William Burns that Mr Raisi is an emotionally disturbed radical extremist who enjoyed killing civilians, according to a personality assessment drafted by the Israeli spy agency.

Mossad reportedly assesses that attempts to revive the 2015 Joint Comprehensive Plan of Action (JCPOA) would fail, and that even if the deal was restored, Mr Raisi would not abide by it. The nuclear deal was derailed in 2019 when former US president Donald Trump announced the US’s unilateral withdrawal, with the encouragement of Israel. Iran had, according to the nuclear watchdog, the International Atomic Energy Agency, been abiding by the terms of the deal up to that point.

US intelligence agencies make their own assessments of political leaders and Mr Raisi, a judiciary official, has been on their radar for years. He was mentioned in a 2009 State Department confidential assessment of Iran’s judiciary released by Wikileaks.

Mr Burns, a veteran diplomat, has been a key figure in US efforts to reach diplomatic understandings with Iran during both the Rouhani era and the administration of hardliner Mahmoud Ahmadinejad, who was president from 2005 to 2013.

Iran and Israel are engaged in an increasingly overt tit-for-tat war, with Israeli airstrikes targeting Iranian-backed armed forces in the Middle East and both countries surreptitiously attacking each other’s energy and transport infrastructure.

Iranian media has accused Israel of being behind 14 attacks on Iranian ships, while Iran has been accused of a 30 July drone attack on the Israeli-owned freighter Mercer Street off the coast of Oman, in which a British crew member was killed.

Iran watchers are closely monitoring Mr Raisi’s cabinet proposals. The list proposed by Mr Raisi may change in the days before parliament takes up the matter at its 14 August session, but it may offer clues about Tehran’s military, regional and security posture under the new administration.

His proposed interior minister, Ahmad Vahidi, is a uniformed member of the Revolutionary Guard and former defence minister who has been implicated in the deadly 1994 terrorist bombing of a Jewish community centre in Argentina that killed 85 people, and has been sought by Interpol since 2007.

His proposed intelligence minister, Esmail Khatib, is a cleric who has served in the judiciary’s intelligence service and has worked in the powerful office of Supreme Leader Ali Khamenei.

His proposed oil minister, Javad Owji, is a relatively well-regarded technocrat who served as an energy official in the Ahmadinejad administration.