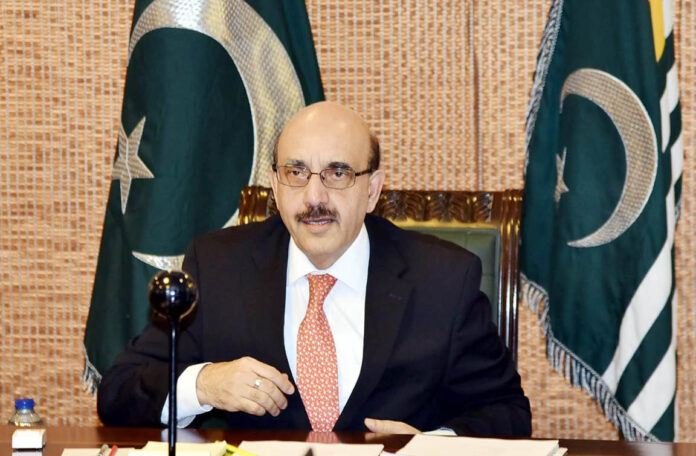 The AJK President Sardar Masood Khan on Wednesday said that those who are heading to Delhi to hold talks with the Indian Prime Minister Narendra Modi do not represent the Kashmiri nation and emphasized that they are the people who have been compromising from generation to generation on the rights and the freedom of the Kashmiri people.

“Farooq Abdullah and Mehbooba Mufti belong to families which have been very proudly shouting the slogans of Jay Hind and Banday Matram, and have been making compromises on the rights of the people of Jammu and Kashmir,” he asserted.

Commenting on an all parties meeting of political leaders from Indian Occupied Jammu and Kashmir invited by Indian Prime Minister Narendra Modi in New on Thursday, the state president said that if Modi had been sincere in the consultative process on Kashmir, he would have called the Hurriyat leaders currently rotting in Tihar Jail of Delhi and dozens of other concentration centers for committing the crime of raising their voice for the rights of the Kashmiri people.

He said that the people like Farooq Abdullah and Mehbooba Mufti can never plead the Kashmir case at Delhi as per the wishes of the Kashmiri people. They are the people who played the role of facilitators in consolidating the illegal occupation of Kashmir by India for the lust of power.

About the speculation that perhaps the Indian prime minister intended to restore the pre-August 5 status of occupied Kashmir, the AJK president said that articles 370 and 35-A were an arrangement between two states, which has been sabotaged by India, and now occupied Kashmir has been virtually made an administrative unit of the Union of India. In this situation, what will be the legitimacy of any agreement, if concluded, he questioned.

“Those who are visiting Delhi for talks will be able to convince Modi to evacuate four million Indian Hindu citizens who have been illegally settled in occupied Kashmir to change the demography of the state, and whether justice would be done to those thousands of Kashmiris who have been martyred or rendered blind, he questioned.

Sardar Masood Khan cautioned Pakistan and the people of Jammu and Kashmir to stay away from the cleverly orchestrated tactics of India and the Modi regime. He maintained that any political or diplomatic process should be based on sincerity and through the mediation of a third party. In our opinion, he said that the United Nations can be a better mediator for this process.

“Leaders who will be speaking on behalf of Kashmiris at so-called APC will be labeled as treacherous fifth columnist,” he concluded.