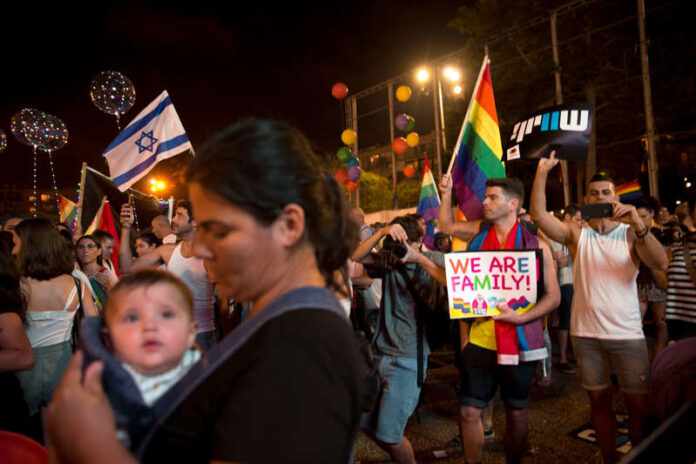 A decision by Israel’s supreme court Sunday paved the way for same-sex couples to have children through surrogacy, capping a decade-old legal battle in what activist groups hailed as a major advance for LGBTQ rights in Israel.

Restrictions on surrogacy for same-sex couples and single fathers in Israel must be lifted within six months, the court ruled, giving authorities time to prepare for the change while making clear that it is a definitive one.

“We won! And now it’s final,” the petitioners said in a statement, the Times of Israel reported. “This is a big step toward equality, not only for LGBT in Israel, but for everyone in Israel.”

Surrogacy was already permitted for heterosexual couples and single women. The law excluded same-sex couples, however, and some who couldn’t have kids with surrogate mothers in Israel turned to surrogates overseas.

The legal fight to widen access to surrogacy in Israel has stretched on since 2010, when a male same-sex couple first appealed to the court to overturn restrictions. Their first petition was unsuccessful, but they followed it with a new one in 2015 along with LGBTQ rights groups. A law passed in 2018 extended eligibility for surrogacy to single women, but it sparked protests because LGBTQ people were left out.

Israel’s high court ruled in February 2020 that the restrictions against gay couples “disproportionately harmed the right to equality and the right to parenthood of these groups and are illegal.” But it left them intact for up to a year, setting a March 2021 deadline for Israel’s parliament to change the law.

The deadline was later extended to September, but the government last week asked the court to decide on the issue because amending the law would be “unfeasible” in the current political situation, according to the Times of Israel.

In the year since the supreme court ruling, ultra-Orthodox lawmakers blocked a proposal to expand surrogacy access, according to Agence France-Presse. And Israel’s new governing coalition, which took power last month and holds only a slim majority, consists of an eclectic mix of parties that span the political spectrum — and diverge on LGBTQ issues. The Islamist Ra’am party opposes gay rights, while Health Minister Nitzan Horowitz — a member of a leftist party in the coalition — is openly gay.

From Israel to Ireland, longtime opponents have formed odd coalitions to seize power
Horowitz hailed the ruling on Twitter, writing that “discrimination against same-sex couples and single fathers has come to an end.” He said his ministry is preparing to uphold the ruling.

Israel is considered a leader in the Middle East on LGBTQ rights: The state recognizes same-sex marriages performed abroad, and LGBTQ-identifying individuals serve openly in the military and the parliament. Same-sex couples cannot be married in Israel, however, and ultra-Orthodox communities and politicians remain hostile to LGBTQ rights.

Ultra-Orthodox lawmakers panned the court’s ruling on Sunday. Aryeh Deri, leader of the ultra-Orthodox Shas party and former interior minister, described it as “a grave blow to the state’s Jewish identity,” according to the Times of Israel. The head of the far-right Religious Zionism party, Bezalel Smotrich, alleged it sanctioned “trafficking” of women for surrogacy and the government and high court had “set a goal of eroding Israel’s Jewishness.”

The Aguda, an Israeli LGBTQ rights group, called the court’s decision a “historic milestone in our struggle for equality.” But the group also reminded followers on Twitter that LGBTQ people still face discrimination in adoption and marriage rights.

“Our struggle will continue until full equality of rights,” the group wrote.