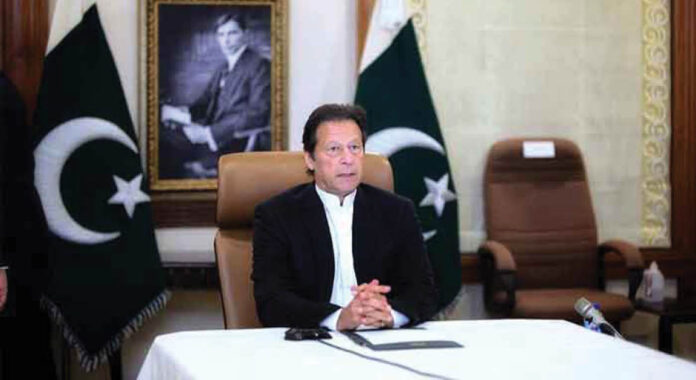 Prime Minister Imran Khan launched ‘Kisan Portal’ for addressing the complaints and problems of the farmers on Friday under Pakistan Citizen’s Portal.

“Powerful wants he should remain above law. He should be given NRO. Small farmer will not take money outside the country. He will not purchase flat in London. When small farmer goes to obtain loan then he has to pay massive interest. Small farmer works hard more than all and faces the hardships. Small man seeks justice. Kisan Portal will hear the voice of small farmers. His complaint will reach chief secretary directly. Farmers and laborers are included in labor class. Helping them is pleasing Allah, he said this while addressing launching ceremony of Kisan Portal here Friday.

PM observed we have small farmers more than 90 percent who have to face difficulties. His voice does not reach the corridors of power. No one listens to his complaint in the rural areas.
Prime Minister emphasized on research and adoption of modern techniques to enhance agricultural productions.
He remarked new seeds should be developed and educational institutions should play an important role in this regard.
The Prime Minister said the government would help the farmers in adopting new techniques to increase the crop yields.
He held steps have been taken to ensure that farmers receive due price of their crops. He said the government’s initiative of Kisan Card would provide direct subsidy to small farmers. He stated the Health Card would also benefit the farmers in treatment of their ailing family members.

He underlined that 10 dams are being constructed after 50 years and this will lead to upgrade the potential of water storage.

We have to impart training to farmers, he said adding we have to use our brain. We were working like what has been happening in Mohenjodaro. .But now we have to introduce new technology.

He announced Kisan portal will become voice of small farmers. Any farmer who approaches Kisan portal his complaint will reach out to chief secretary. It will be ensured that no powerful subjects him to any tyranny because false cases are registered against the small farmers;

President calls for sensitizing nation about careful use of water

LB polls can not held through EVM: Shibli Faraz