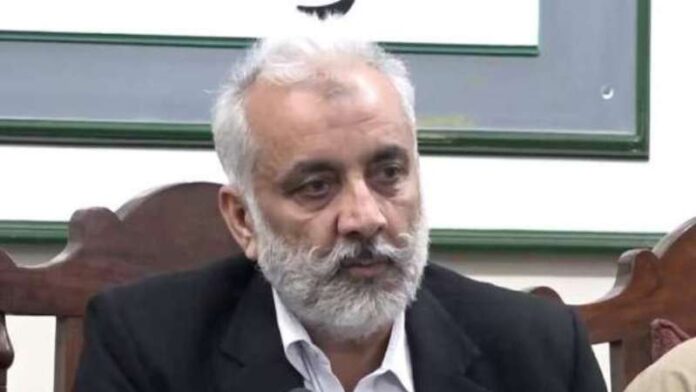 PAP spokesperson Sardar Abdul Rehman Khetran while leveling the charges of horse trading against Chief Minister (CM) Balochistan Jam Kamal has said the latter has offered to give his favorite ministry and other incentives to his son.

This offer has been conveyed to him through his son, Khetran said this in a statement issued here Thursday.

Jam Kamal has no courage to extend this offer to me direct, he added. There is rod in the neck of Jam Kamal. He has met people twice to persuade them to support him.

We stand by our decision, he said adding Jam Kamal will have to go at every cost.

He asked Jam Kamal to refrain from giving statements on party matters. Jam Sahb will suffer by presenting the majority as minority. The key to problems lies in his resignation.

There is difference between talking in TV shows and reality, he remarked. BAP is united without Jam Kamal Khan. The new leader of the soon will be announced soon, he underlined.

3 years performance of KP Govt for promotion of tourism highlighted

Faiq for signing on ‘Charter of Economy’ to overcome with crisis

School teacher gunned down by robbers