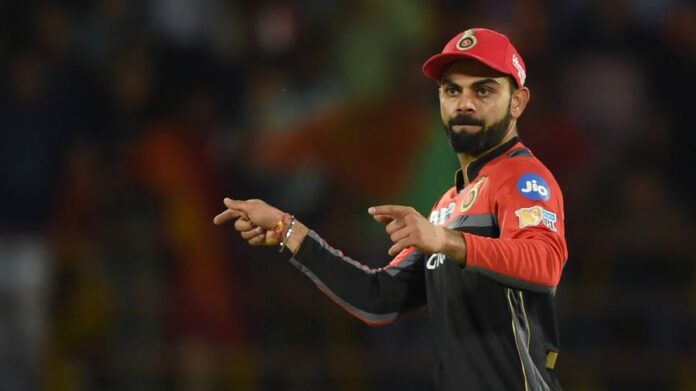 Online
New Delhi
Virat Kohli has announced he will stand down as captain of Indian Premier league side Royal Challengers Bangalore, days after confirming he will stop being India T20 skipper. Kohli, 32, will step back from his RCB role at the end of the current IPL, which restarted on Sunday.
He will end his reign as India T20 captain after the World Cup. “It’s been a great journey of nine years, of joy, frustration, moments of happiness and sadness,” said Kolhi. The batsman has said he wants to continue as India’s Test and one-day captain.
“This will be my last leg in the IPL as captain of RCB,” he added.
“It is something that was on my mind for a while, as a I recently announced stepping down from T20 captaincy to manage my workload.
“I want to be able to be committed to the responsibilities I am fulfilling. I felt like I needed the space to refresh and regroup.”
Kohli, who first played for Bangalore in 2008 and has not represented any other team in the IPL, was named captain in 2013.
Their best finish under his leadership was as runners-up in 2016.
“I can’t think of me being in any other team than RCB. I will continue to be an RCB player until I play my last game in the IPL,” he said.
The current season of the IPL has recommenced in the United Arab Emirates after it was postponed in May amid a surge of coronavirus cases in India.
RCB lie third in the table and can join Delhi Capitals and Chennai Super Kings on 12 points at the top if they beat Kolkata Knight Riders on Monday.

Olympic flame arrives in China ahead of 2022 Beijing Games