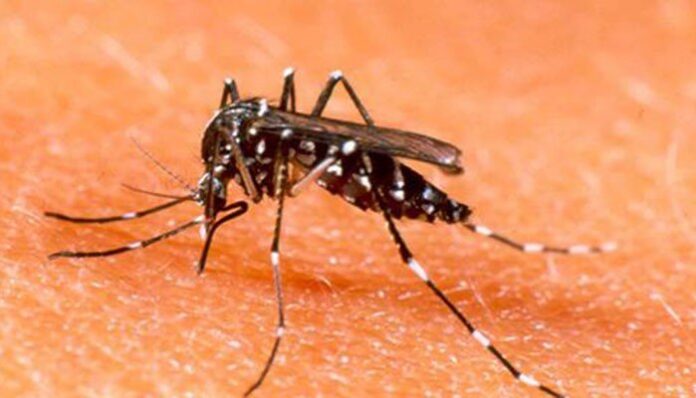 Eight-year-old boy succumbed to dengue on Friday at HMC-Peshawar
JAVED KHAN
PESHAWAR
The number of dengue positive cases and critical patients continue to rise alarmingly in Khyber Pakhtunkhwa (KP) owing to lack of public awareness and government lackluster response to surveillance activities to stop the growth of mosquitoes.
The official figure shared by Integrated Disease Surveillance & Response System (IDSRS) on Friday showed the province reported 229 more positive cases of dengue during the last 24 hours.
The total number of dengue positive cases in KP reached 3796 . With fresh 120 recoveries, total 2220 patients recovered from the virus in the province, said the report of IDSRS.
The data showed the dengue patients’ admission in the major hospitals of the province increasing and beds reserved for the dengue patients in these hospitals are being occupied.
The dengue virus is also infecting kids as Hayatabad Medical Complex (HMC) Peshawar reported that an eight year old child expired due to dengue fever on Friday.
The hospital has admitted a total 20 patients and conducted around 506 new tests in which 141 detected positive.
52 patients including 15 female and 37 male were under-treatment in the Khyber Teaching Hospital (KTH).
The hospital also admitted 20 more patients of dengue positive during the last 24 hours. Of them mostly reported from the posh areas of Peshawar, according to the officials’ figure of the hospital.
KTH conducted 717 tests during the last 24 hours in which 319 tests declared positive and 398 negative. Peshawar, Mardan, Nowsehra, Buner, and Haripure have been declared as high risk districts in terms of positive cases.
Moreover, According to the latest report released by the KP health department seven people have died of coronavirus in the province.
So far 5,673 people have succumbed to the deadly virus. The number of new cases of Covid-19 in different districts has risen to 135 in the last 24 hours.
The total number of people recovering from corona reached 167468 while 154 people have recovered from corona in the last 24 hours.
According to the latest report released, four people died due to Coronavirus in the last 24 hours in Peshawar, the number of deaths from corona virus in Peshawar has reached 2711.
60 more people have been infected with corona in 24 hours in the provincial capital. The number of active cases in the province reached 812, while the total number of people recovering from Corona jumped to 60360.