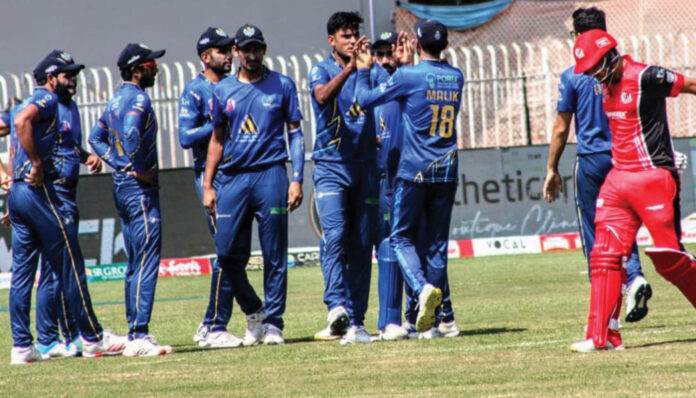 KPL 2021
Mirpur Royals have snatched a victory against Overseas Warriors by five wickets in the sixth fixture of the Kashmir Premier League (KPL) at the Muzaffarabad Cricket Stadium on Monday.
The match was an important one for both sides as the Shoaib Malik-led Royals and Imad Wasim-led Warriors had tasted defeat in their earlier games.
Overseas Warriors won the toss and elected to bat first against Mirpur Royals.
The Warriors’ scored a total of 145 runs with Kamran Ghulam and Azam Khan scoring the highest runs, 47 and 32 respectively.
Royals’ bowlers in the first innings, took a total of six wickets with Salman Irshad being the highest wicket-taker as he sent three batsmen back to the pavilion.
Mirpur Royals chased the 145 target set by Warriors’ in 18.1 overs. Openers, Mukhtar Ahmed and Sharjeel Khan held an impressive partnership with Mukhtar scoring 45 runs, with Sharjeel hitting 35. In the middle order, Shoaib Malik scored 36 runs off 24 balls.
Overseas Warriors picked up five wickets with Musa Khan taking 3.
Man of the Match was awarded to Salman Irshad of Mirpur Royals for his superb bowling performance.