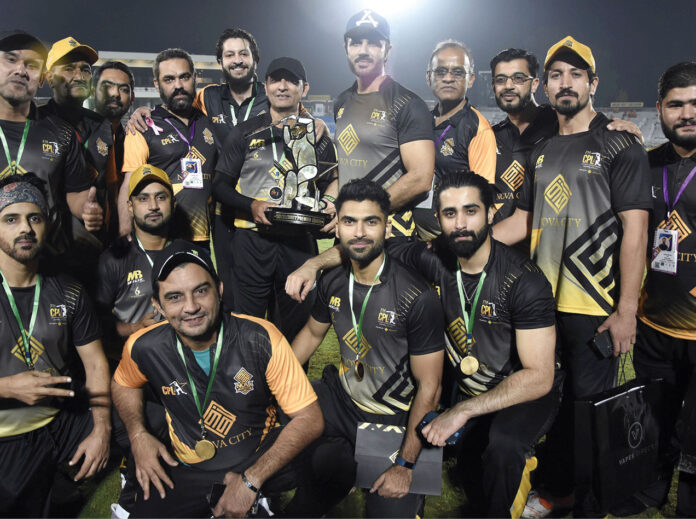 ISLAMABAD
Nova Islamabad clinched the title of Celebrity Premier League (CPL) at the Pindi Stadium Rawalpindi on late Sunday.
Nova Islamabad downed Rawalpindi Stars by 13 runs in final to win the title.
Batting first, Nova Islamabad scored 85 runs for the loss of five wickets in the stipulated seven overs. In reply, Rawalpindi Stars scored 72 runs for the loss of five wickets in the allotted seven overs.
The tournament provided entertainment to the residents of the twin cities with a message to the world that Pakistan was a safe country for cricket and all sports activities.
The tournament also paid tribute to frontline healthcare workers fighting COVID-19 pandemic.
The organisers of the tournament brought artists, showbiz stars and politicians to the cricket ground to end the disappointment of cricket fans after the New Zealand team’s pullout from the ODI series which was scheduled for last month.
Six teams including Islamabad Nova, Rawalpindi Stars, Lahore Heroes, Quetta Markhors, Peshawar Tigers and Karachi Royals featured in the extravaganza.