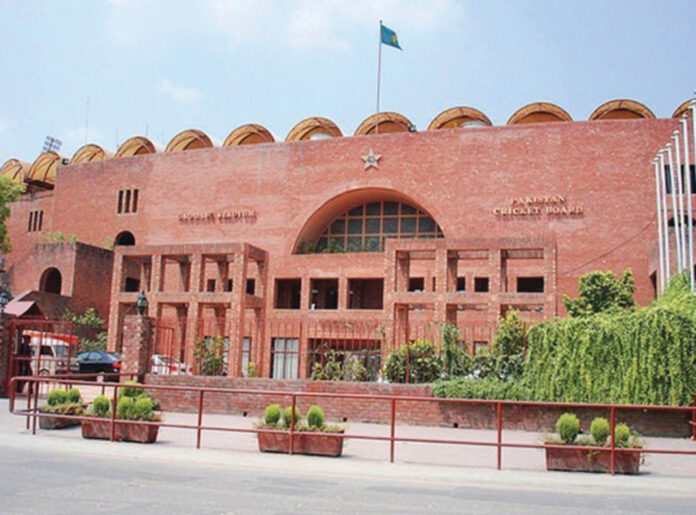 NZ offers to play matches against Pakistan at neutral venue
Lahore
The Pakistan Cricket Board (PCB) in its respond to New Zealand Cricket Board’s offer has made it clear that Pakistan cricket team will no longer play matches at neutral venues.
Earlier, the New Zealand Cricket Board had offered PCB that they are ready to play matches against Pakistan at neutral venue.
According to sources, the NZC Board wrote a letter to the PCB, in which it has offered that they are ready to play matches with Pakistan as soon as possible.
However, they said that they cannot come to Pakistan at the moment.
NZC Board chief executive David Wight had said that the Pakistani nation has a great passion for cricket, and we can understand the disappointment of the Pakistani nation.
He added, “It is too early to talk about the Kiwi team’s re visit to Pakistan. We will try to reschedule matches. We will also talk about the financial loss caused by the cancellation of the series.”
He also said that we take a full look at the security for the England tour of Pakistan and then we will send our team. According to sources, PCB spokesperson said that Pakistan cricket team will no longer play with anyone at neutral venues. The PCB said that the national team has no gap to play till December next year,
He also said there is no question of playing at the neutral venue due to busy schedule.
New Zealand to play in India after abandoning Pakistan tour
New Zealand will return to the sub-continent in November to play three Twenty20 Internationals and two Test matches in India, two months after abandoning their tour of Pakistan over supposed safety concerns.
The series against New Zealand will kick-start India’s 2021-22 home season which includes four Tests, three one-dayers and 14 Twenty20 Internationals, the Indian cricket board said in a statement on Monday.
New Zealand called off their limited-overs tour of Pakistan minutes before the opening fixture in Rawalpindi on Friday following a security alert from their government.
India could not host the second half of the Indian Premier League (IPL) or the Twenty20 World Cup because of the COVID-19 surge in the country this year.
Both tournaments have been shifted to the United Arab Emirates, with Oman also hosting some T20 World Cup matches.
West Indies will arrive in India in February to play six limited-overs matches, followed by Sri Lanka who will face their hosts in two Tests and three Twenty20 Internationals.
South Africa will tour India in June to play six Twenty20 matches.

Olympic flame arrives in China ahead of 2022 Beijing Games