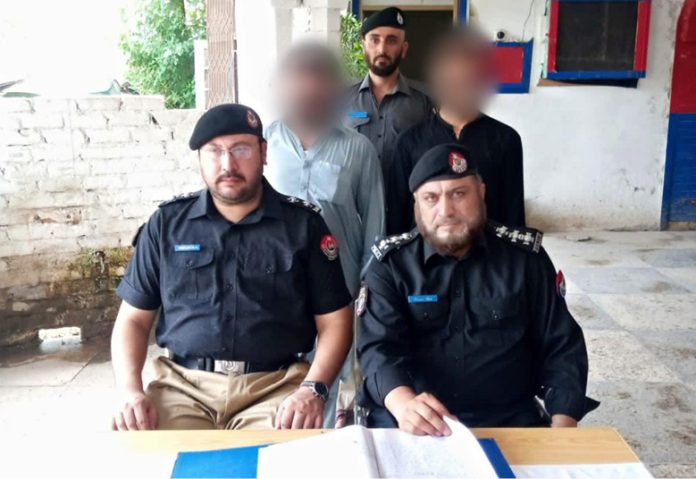 PESHAWAR: The Paharipura Police Station on Friday claimed to have solved a blind murder case of a young man and arrested two alleged killers after a thorough investigation. The alleged killers were brothers and neighbors of the slain, police said. Last week, unidentified men had shot dead Zubair and after killing them fled from the scene. The Paharipura Police began investigation into the murder case after registration of case against unidentified killers on the complaint of Ghulam Farid, father of the deceased Zubair. Paharipura Police Station SHO Abdullah Jalal told media that the police took up the murder as a challenge and investigated the incident from different angles. He said that the police investigators used modern technology to trace the killers. He said that the investigation team investigated several criminals and suspects including the close relatives and neighbors of the deceased. Shinwari