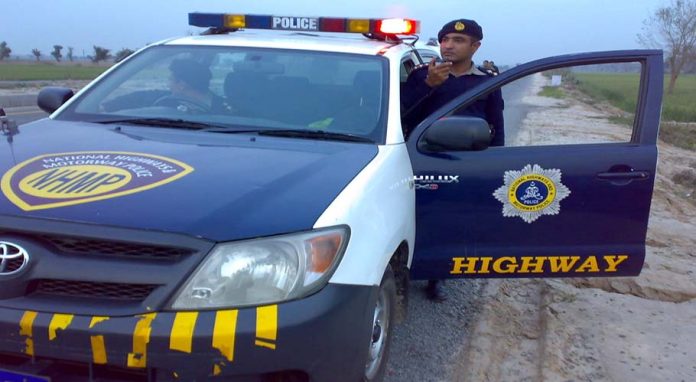 Islamabad: Robbery attempt on Motorway M1, Sub-Inspector of Motorway Police was injured by a bullet in the chest. According to the details Sub-Inspector Altaf of Motorway Police was present at the non-functional service area of Attock District, Hazro, for the purpose of security. Late at 3:45 AM, he saw three suspicious persons coming towards the service area. He ask them to stop for the purpose of questioning, on which the suspected accused fired, as a result of the firing, a bullet hit the Sub-inspector’s chest, injuring him, but despite being injured, he returned fire. As a result of which the three accused fled from the spot. As soon as the incident was reported, the relevant patrol mobile reached the spot and the injured Sub-inspector was shifted to Shah Mansoor Hospital, Swabi, where his condition is stable. ONLINE
Sector Commander M-1, DSP of concerned beat was present at the spot and the investigation was started. Instruments have been recovered which show that the accused had come with the intention of robbery.