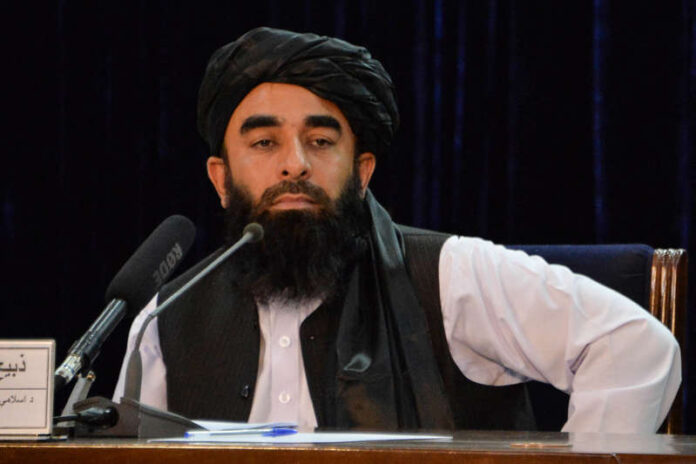 The Taliban said international flights from Afghanistan will resume shortly as Qatar and Turkey help restart operations at Kabul airport and the group has complete control over the country with the last pocket of resistance in the north now defeated.

Restarting international flights and allowing safe passage to Afghans who wish to leave the country is key to the Taliban gaining international legitimacy. The other pledges from the militant group that the international community will watch out for are to allow women to work within the confines of Shariah law, and to prevent their land being used for terror activities.

Mujahed addressed a wide range of subjects at Monday’s press conference but gave no details on when the group would announce their new government.

“There have been some technical issues that delayed the formation of the new government,” he said. “The issues will be resolved and we will soon then announce the government.”

The Taliban have said they will be announcing their new ‘inclusive’ government soon. Their Supreme Leader Haibatullah Akhundzada will head any governing council and his deputy leader Abdul Ghani Baradar will likely be in charge of the daily functioning of the government, a member of the Taliban Cultural Commission, Bilal Karimi, said last week.

The militant group has invited officials from Turkey, China, Russia, Iran, Pakistan and Qatar to participate in the ceremony that will welcome the new government, Afghan television channel 1TVNewsAF, reported citing Al Jazeera.

While all of those countries have extended varying degrees of support to the Taliban, on Monday Iran pushed back against the group’s capture of the northern Panjshir valley. Saeed Khatibzadeh, spokesman for Iran’s foreign ministry, criticized the Taliban for blockading the region and cutting off food, water and electricity supplies and urged the group to abide by both international law and its own promises to the Afghan people.

Pakistan’s military spy chief, Faiz Hameed, arrived in Kabul over the weekend to meet with the Taliban leaders to discuss security, border issues and government formation. The U.N. undersecretary-general for humanitarian affairs Martin Griffiths also met with Baradar in Kabul over the weekend and promised that the international agency would continue to provide humanitarian aid to Afghanistan.

Here are the main takeaways from Monday’s press conference by spokesman Zabihullah Mujahed:

The Taliban’s victory over the northern Panjshir province has cemented the group’s complete control over Afghanistan.Former vice president Amrullah Saleh, one of the main leaders of the Panjshir resistance, may have fled to Tajikistan.The country’s trade and economy were slowly returning to normal after the last of the U.S. troops left the country on Aug. 31.

The Afghani currency is “under control and stable.”Technical teams from Qatar and Turkey are working to resume operations for the Kabul airport where the departing U.S. troops had destroyed the radar system.Domestic flights have started and the plan is to start overseas flights very soon.

The Taliban said Afghanistan shouldn’t rely on foreigners to rebuild the country, especially those who were occupiers.The U.S.-trained Afghan forces have been invited to join the Taliban fighters.