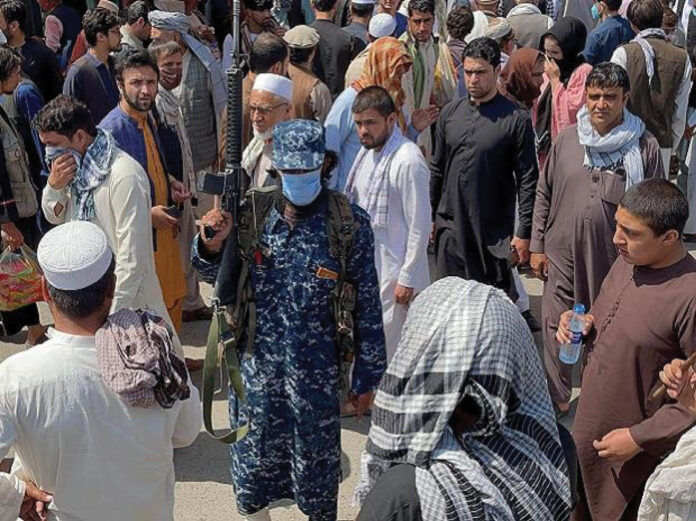 Four Killed in Nangarhar attack
Suspected kidnappers captured in Kabul, hostages freed
FAYZABAD/ KABUL
Deputy Governor of Badakhshan province has told media that they have created an exclusive battalion of suicide bombers that will be deployed to the borders of Afghanistan particularly in Badakhshan province. The northeastern province of Badakhshan borders Tajikistan and China. The deputy governor, Mullah Nisar Ahmad Ahmadi said that the exclusive battalion is named Lashkar-e-Mansoori “Mansoor army” and will be deployed to the borders of the country.
Ahmadi has said that the battalion is the same as the one that would conduct suicide attacks targeting the security forces of the previous Afghan government. “The defeat of the US would not be possible if not for this battalion. These brave men would wear explosive waistcoats and would detonate the US bases in Afghanistan. These are people with literally no fear who devote themselves for the consent of ALLAH.” Said Ahmadi. Along with the Lashkar-e-Mansoori, Badri313 is another battalion that is known as one of the most equipped and modern military groups that are deployed in Kabul International Airport. Badri313 is also said to be comprised of all suicide bombers.
At least four people were killed in a targeted attack in eastern Nangarhar province on Saturday evening, officials said, with one source saying a child was among those killed. Local officials confirmed the attack and said it occurred in District 3 of Jalalabad city, the provincial center of the province. According to the officials, those killed were two civilians and two force members of the Islamic Emirate. According to a source, a child was among those killed. So far no group has claimed responsibility for the attack.
Four people have been arrested in connection with the abduction of several people in Kabul, including a child who appeared to have had a kidney removed, the Ministry of Interior said on Saturday. Saeed Khosti, a spokesman for the ministry, stated the suspects were arrested in PD8 in Kabul city during an operation by the Islamic Emirate of Afghanistan (IEA) forces.
Khosti said several hostages were rescued during the operation and a body was recovered in the house of the kidnappers. “On Friday, we arrested the kidnappers in Kabul. They kept people as captivities in their houses and we even found a dead body there. A child with an incision in her abdomen was also rescued. According to Khosti, one of her kidneys had been removed. “We are investigating who committed this brutal act. We will also manage to find the rest of the gang through them [the suspect] and will prosecute them and will refer them to court,” Khosti said. Kabul citizens, however, stated that the crime rate has been reduced significantly in the city. Mohammad Jawad, a resident of Kabul, stated: “Thefts and crimes have decreased compared to the past. We urge the Islamic Emirate to maintain security.”