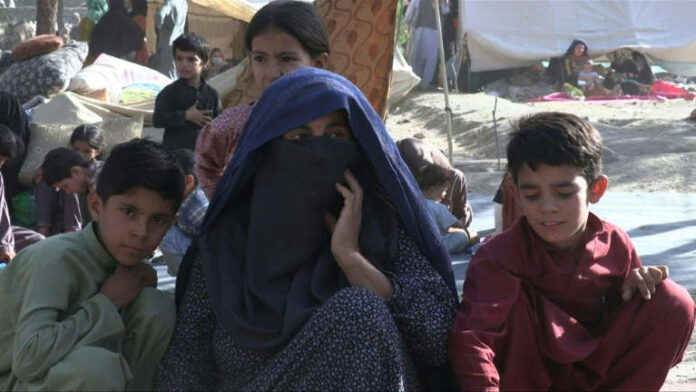 The Taliban were in control of six Afghan provincial capitals on Tuesday following a blitz across the north that has seen tens of thousands of people flee their homes for the relative safety of Kabul and other centres.

The insurgents now have their eyes on Mazar-i-Sharif, the biggest city in the north, whose fall would signal the total collapse of government control in a region that has traditionally been anti-Taliban.

Government forces are also battling the hardline Islamists in Kandahar and Helmand, the southern Pashto-speaking provinces from where the Taliban draw their strength.

The United States — due to complete a troop withdrawal at the end of this month that will end its longest war — has largely left the fighting to the Afghans but is sending special envoy Zalmay Khalilzad to Qatar this week in another bid to convince the Taliban to accept a ceasefire.

Khalilzad “will press the Taliban to stop their military offensive”, the State Department said, and “help formulate a joint international response to the rapidly deteriorating situation”.

But Pentagon spokesman John Kirby said it was down to the Afghan government and its forces to turn the tide, saying there was “not much” the United States could do to help.

Michael Kugelman, at the Woodrow Wilson International Center for Scholars, also doubted Washington had the means to anything.

“I fear that the Taliban is just so strong and the Afghan military is so beleaguered right now, it’s going to be hard to find some type of momentum-changer from the US,” he said.

The Taliban have appeared largely indifferent to peace overtures, and seem intent on a military victory to crown a return to power after their ouster 20 years ago in the wake of the September 11 attacks.

As fighting raged, tens of thousands of people were on the move inside the country, with families fleeing newly captured Taliban cities with tales of brutal treatment at the hands of the insurgents.

“The Taliban are beating and looting,” said Rahima, now camped out with hundreds of families at a park in the capital, Kabul, after fleeing Sheberghan province.

“If there is a young girl or a widow in a family, they forcibly take them. We fled to protect our honour.”

Farid, an evacuee from Kunduz who did not want to be further identified, added: “We are so exhausted and our hearts are darkened by life.”

The Taliban earned notoriety during their first stint in power from 1996-2001 for introducing a harsh interpretation of Islamic rule that barred girls from education and women from work.

Crimes were punished by public floggings or executions, while a host of activities — from playing music to non-religious TV — were also banned.

They have given little indication of how they would rule if they take power again, apart from to say it would be according to the Koran, and opponents fear losing hard-won rights.

Following the capture of Aibak on Monday, the insurgents have now overrun five provincial capitals in the north, sparking fears the government has lost its grip on the region.

They have also taken Zaranj, the capital of Nimroz province, in the southwest.

The manner in which the cities have fallen — some have capitulated without a fight — has alarmed many.

On Monday, the Taliban said they were moving in on Mazar-i-Sharif — the largest city in the north and a linchpin for the government’s control of the region — after capturing Sheberghan to its west, and Kunduz and Taloqan to its east.

A spokesman said Taliban fighters had entered the city, but officials — and residents contacted by phone — said the group was exaggerating, with clashes confined to surrounding districts.

Mazar’s longtime strongman Atta Mohammad Noor vowed to fight to the end, saying there would be “resistance until the last drop of my blood”.

“I prefer dying in dignity than dying in despair,” he tweeted.

Tolo News reported government forces still had control of the airport and army barracks outside the city in neighbouring Kunduz, although there has been no official comment on the situation.