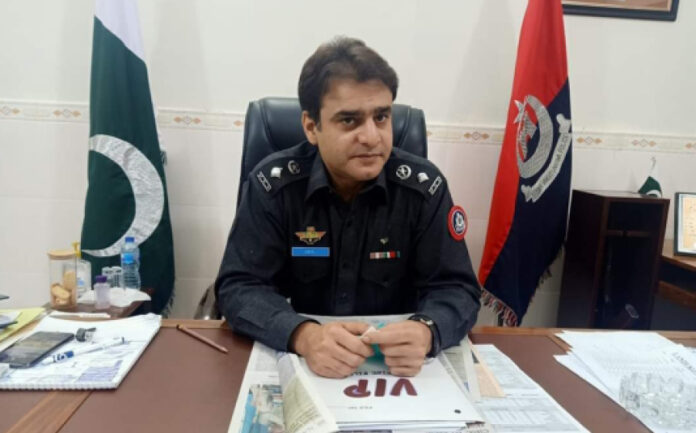 our correspondnet
LANDIKOTAL
District Police Officer doctor Muhammad Iqbal has said that militancy has been rooted out but still some of the terrorists’ remanants with different identitities operating undercover in various areas of Bara,Jamrud and Landikotal Tehsils that pose a serious challenge for law enforcing agencies in district Khyber.
Dr Muhammad Iqbal was speaking to journalists said that they have informations of militants pretending to be in a legal jobs and other professions still operate.
He said the undercover terrorists want to sabotage peace again and create chaos in the region.
Regarding the role and sacrifices of journalists DPO said journalists in district Khyber have always played a vital role to discourage all kinds of social evils and few also lost their lives.
He said journalists renderd sacrifices for the sake of a peace and development of Pakistan which would be remebered.
The senior police official said the backbone of terrorists has been broken by the security forces but some of outlaws and criminals have merged among the citizens with their different identities to collect money and terrorise general public in Khyber district.
“Rich people and businessmen have started receiving phone calls to pay them(militants) ransome or face dire consequences”,said DPO Khyber.
Talking about the recent encounter of the alleged militants with counter terrorism police in mattani locality Peshawar, DPO Khyber said the security agencies need to be on toes to hunt out the terrorists sleeping cells operating undercover in different areas of Khyber Pakhtunkhwa.
He added that journalists and police were the two faces of the same coin who should work jointly for betterment and development of the country. He said journalism was thd fourth pillar of the country as its importance could not be ignored.

Criticising the system prevailed under Frontier Crime Regulations(FCR), DPO said it was a system for few ones and influentials who had occupied over all benefits and previllages of erstwhile Fata. He said tribals now merged into a proper system being run under the constitution of Pakistan in which everyone was equally treated.

Hinting towards Maliks and tribal elders Iqbal said that a specific group of people were blackmailing all administration officials to get their own vasted interests.

He said gone are the days that few persons were doing what they want but now their role are limited.

The police official said they receive a number of applicants daily whoes problems were being addressed accordingly. He said poors who were after Maliks and tribal elders to get resolve their issues but now they started complaining to police for settlement of their disputes early and peacefully.

“People of merged tribal districts are now in an organized system which also helps poors but before that only powerful and elites had their say in ex-Fata”,dr Iqbal maintained.

The District Police officer urged mediamen to cooperate and coordinate with the administration and police so that they could maintain law and order in the district.