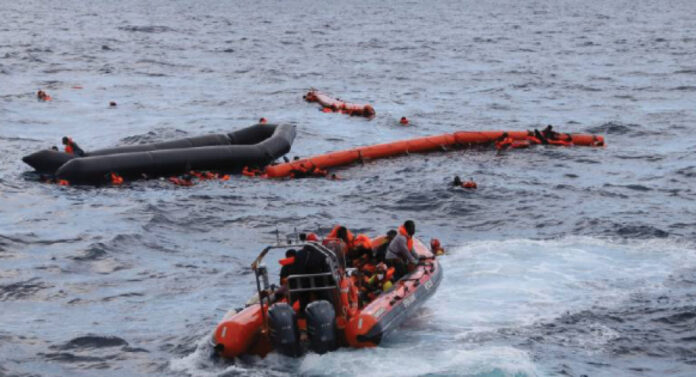 Ten people were rescued from the shipwreck
Morocco
Forty-three migrants including three infants died after their boat capsized off the coast of Tarfaya in southern Morocco, Spanish organisation Caminando Fronteras said.
Ten people were rescued from the shipwreck, the organisation’s spokesperson told AFP.
The survivors had called pleading for rescue in the early hours of Sunday morning, and were able to maintain communication for two hours.
“It took hours for the (Moroccan) authorities to locate and save the boat,” Caminando Fronteras said, which tracks data from boats in distress.
Only two bodies have been recovered so far from among the 43, said the organisation, which based its toll on the testimonies of survivors and the victims’ families.
The migrants were making their way to the Spanish Canary Islands, 100 kilometres (62 miles) away from Tarfaya.
The North African country is a key transit point on routes taken by migrants hoping for better lives on European shores.
According to Caminando Fronteras, more than 4,000 migrants were killed or disappeared last year attempting to make their way to Spain, twice as many as in 2020.
The majority’s bodies were never found.
According to the Spanish interior ministry, more than 373,000 migrants arrived in the country by sea in 2021.