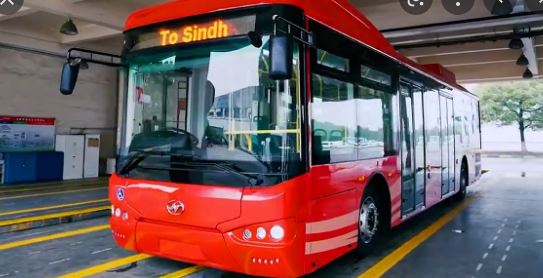 KARACHI
Welcoming the plying of People’s bus service in Karachi, Pasban Democratic Party (PDP) Chairman Altaf Shakoor here on Sunday said introduction of 140 buses would not resolve the complicated public transport issue of Karachi as the megacity presently needs at least 5000 wide-bodied buses on urgent basis.
He said the public transport is the most vital factor that helps in a rapid urban development. He said public transport has always provided a multiplier effect on overall economy in any society. He said the history of all major urban cities of the world would tell that these megacities attained progress and prosperity when their commuting systems were upgraded.
He said today Bangladesh is working on an underground rail system in Dhaka but we in Karachi are still struggling hard just to revive our old surface-rail system, Karachi Circular Railway (KCR).
He said the Green Line RBT is still incomplete, as work on its second phase, from Numaish to Tower, has been in limbo for months. He said the Green Line RBT is the flagship project of PML-N, and today when PML-N leader Shehbaz Sharif is the Prime Minister of Pakistan, putting the second phase of Green Line RBT on back burner is just sad. He said this project should not only be completed up to Tower but also extended to SITE industrial area via Gulbai and Shershah.
Altaf Shakoor also expressed concern over inordinate delay in Orange Line RBT and quesioned the performance of Sindh government for this long delay. He asked that Orange Line RBT should be started on war footings basis. He said action be taken against those official who are causing unnecessary delay in Orange Line RBT.
He demanded to introduce new bus routes for Karachi, especially for the neglected suburban areas of Gadap, Bin Qasim, Hawksbay and Orangi. He said without providing easy, swift and affordable commuting facilities to citizens we can’t turnaround the urban economy of Karachi.
PDP Chairman said the KCR is and would remain the backbone of public transport system in Karachi. Its present loop should not only be revived but also be further extended to cover whole Karachi. He said if we can’t learn from the rail-based commuting system of London, we can easily learn from the local train system of Mumbai, which caters millions of commuters with its extensive network of local trains.
He said private transporters should be given tax incentives and soft loans to run new wide-bodied buses in Karachi and old smoke-emitting minibuses should be banned in the megacity, phase-wise. He said investment in public transport system of Karachi is the investment in economy of Pakistan. This city is the revenue engine of Pakistan and this engine could be run efficiently if it is kept well-oiled in the shape of proper public transport system.