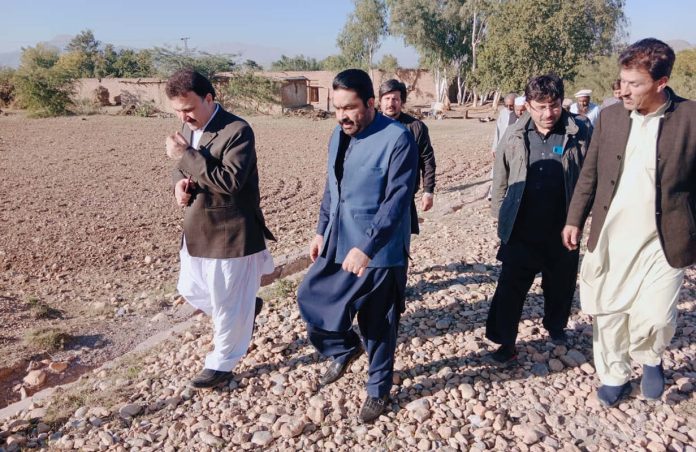 KHYBER
Initiatves will be adopted to grow more on less land and steps will be followed to facilitate terrorism affected farmers of Bara. Growers will be encouraged to cultivate cash crops like saffron and mushrooms. The views were expressed by the director general of merged districts Murad Ali during his visit to subdivision Bara last day.
He examined various agriculture projects including testing farms of saffron and mushrooms beside under construction tube wells for irrigation purposes.
Flanked by deputy director merged district Aqeel Shah, district director Ziaul Islam Dawar, agriculture officer, Bara Sharafat Khan, the visiting official also inspected construction work of training center, located in Karigar gari and checked quality of manufacturing material of building.
Speaking on the occasion director general Murad Ali said that on war footings facilities were provided to the growers to raise agriculture production and for the purpose knowledge of modern cultivation was imparted to the farmers.
For the first time ever, test cultivation of saffron, mushrooms and olive were successfully made in Khyber and in near future its growing would be started on a wide level after consultation and approval of the highup, he remarked.