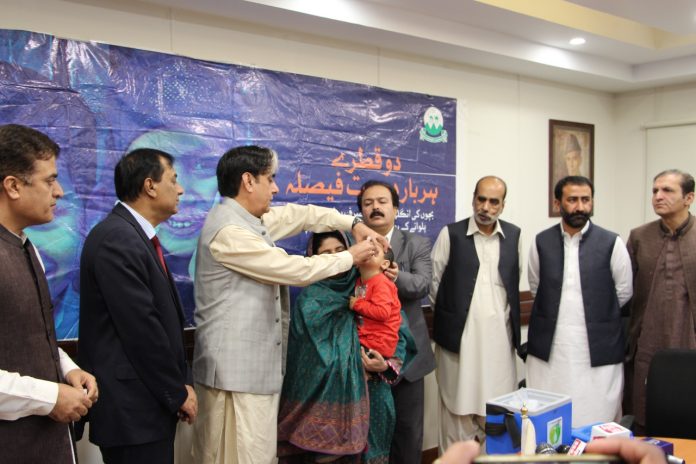 A special anti-polio drive will be kicked off in five districts of Balochistan on 26 September (Monday) during which 0.885 million children below the age of five will be vaccinated.

“A seven-day Anti polio campaign will be launched in all union councils of Quetta, Pishin, Chaman, Qila Abdullah districts while drive against the crippling virus will cover children in 8 union councils of Zhob district,” Coordinator of Balochistan Emergency Operation Center Hamidullah Nasar said on Friday. 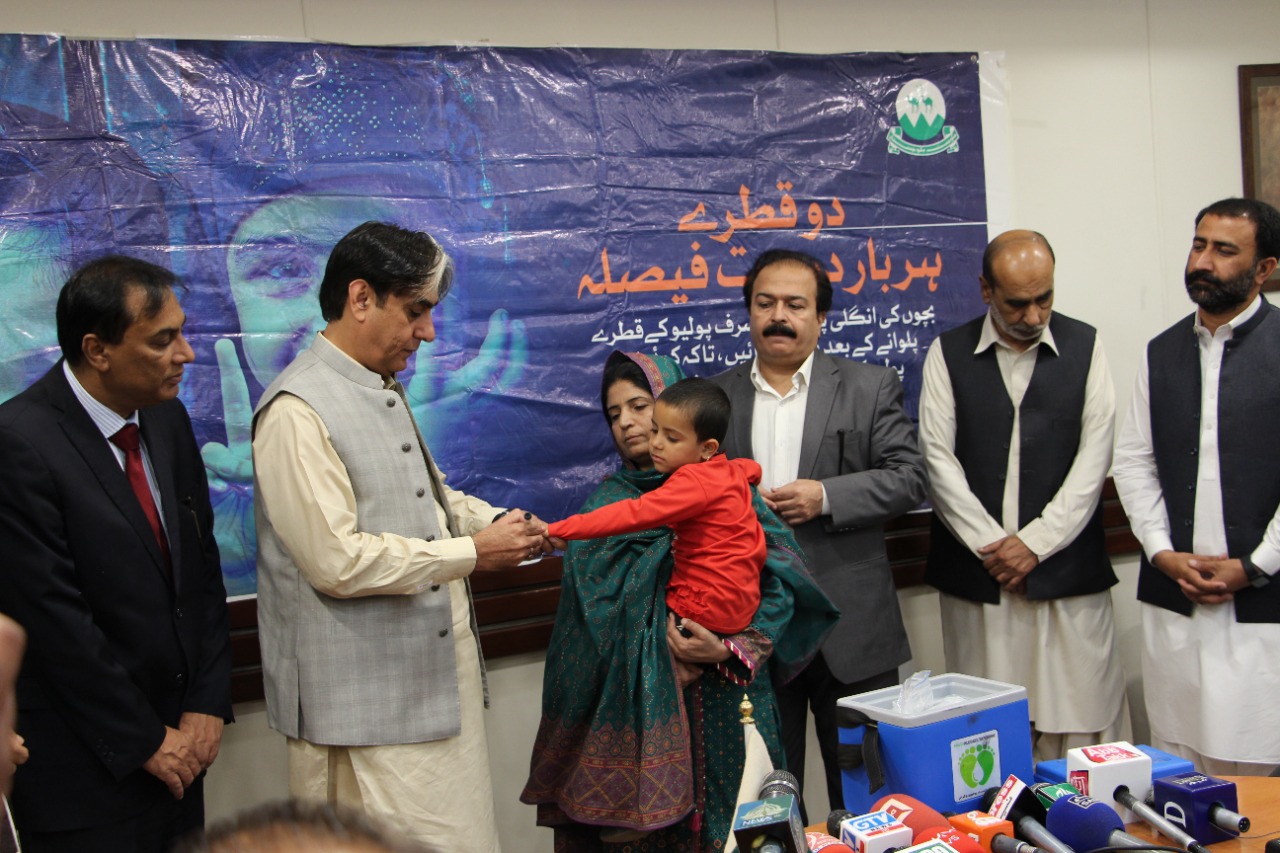 Representatives of the UNICEF, WHO and BMGF were also present on the occasion.

Talking to the newsmen here, EOC Coordinator said all arrangements have been finalized to launch the drive in the high-risk areas of the province.

“Around 3,680 teams have been constituted who will administer polio drops to the children below the age of five,”

However, the EOC Coordinator feared “the presence of polio virus in other areas of the country and in Afghanistan is a huge challenge for the province of Balochistan.

He called upon the parents to cooperate with the polio workers during the polio prevention campaign. “Due to the unflinching support from all segment of the society, spread of polio virus has effectively been controlled,”

He termed the role of the religious scholars imperative for complete eradication of the polio from the country.

It may be recalled that as many as 19 polio cases have been reported in Pakistan during the year 2022.

About security to the polio teams, Mr Hameedullah Nasar said fool proof security will be provided to all the teams during the drive.

“Personnel of law enforcement agencies including Frontier Corps, Balochistan Levies, and Police will be deployed to ensure security to the visiting polio teams in all four districts of the province,” he maintained.