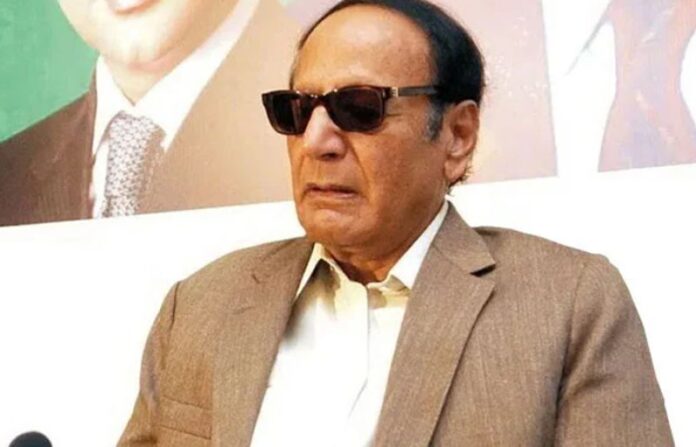 Pakistan Muslim League-Quaid (PML-Q) President Chaudhry Shujat Hussain on Wednesday reiterated his complete support to his cousin Chaudhry Parvez Elahi for coming election of the Punjab’s Chief Minister, taking place tomorrow (Friday).
Parvez Elahi, currently the Punjab Assembly Speaker, is Pakistan Tehreek-e-Insaf (PTI) and PML-Q’s joint candidate, most likely to become the next CM of Pakistan’s largest province.
Elahi holds the support of 188 provincial lawmakers, while his opponent, PML-N’s Hamza Shehbaz will expectedly have 178 votes to be cast in his favor.
However, it is noteworthy that Shujaat is aligned with the ruling coalition in the Centre, and his son, Chaudhry Salik Hussain, is a member of Shehbaz Sharif’s cabinet.
According to a policy statement issued by the PML-Q, Shujaat said Elahi was the party’s candidate for the top office, adding that “those who won the mandate have the right to govern”.
In response to reports that PPP co-chairperson Asif Ali Zardari had asked Shujaat to write a letter instructing PML-Q MPAs not to vote for Elahi, Shujaat said there was “no question” of issuing a letter.
“I do not need to clarify. The solution to the country’s problems lies in not getting involved in cycles of counting [votes],” he said while referring to the election for the chief minister.