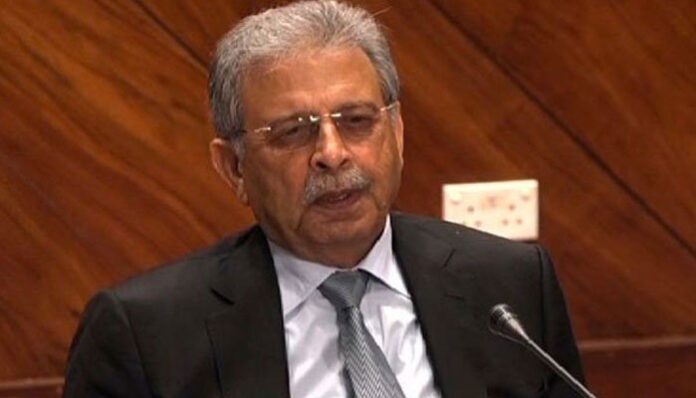 “ there is neither any political system nor any democratic system in place in the country. The incumbent government has destroyed the democratic institutions. It has undermined the constitutional status of the parliament and has set up ordinance factory which is unprecedented in the history. Assembly is in session in the morning and in the night ordinance is promulgated”, he said this while talking to media men in Targe wali along with PML-N delegation Monday.

He held there is no democratic system in the country at present. But I think a fascist government is at the helm of affairs presently. The rulers have reduced the assembly to worse position than Zia ul Haq Shoora.

He underlined whenever fair and transparent election is held in the country people will cast vote in favor of PML-N for serving them. PML-N will emerge victorious in the polls. PML-N outstanding victory in the cantonment board polls is clear evidence in this respect.

He underscored there is nothing like governance in the country. Law and order situation is deteriorating day to day. People are feeling themselves insecure. The inflation has broken the back of people. The persistent hike in the prices of gas, electricity, petroleum products has made the life of people miserable.

To a question he said the cricket fans have been disappointed due to postponement of New zealand cricket team visit to Pakistan.

He maintained all the opposition parties are ready to sit with government on the matter of electoral reforms. But government intent is not good.

He urged the PML-N workers to continue their public campaign and make preparations for election. PML-N will emerge victorious in next election.