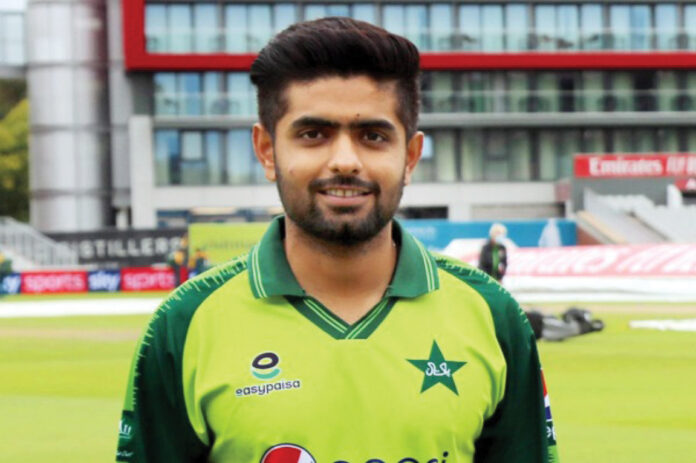 T20 World Cup
“There is pressure [on the team] during mega-events, but there is added pressure during matches against India”
LAHORE
Pakistan’s cricket captain and dashing middle-order batsman Babar Azam is optimistic about chance of Men in Green against arch-rival India in the T20 World Cup opening match on October 24.
Talking to sports journalists during a virtual press conference here on Wednesday, 26-year-old Babar who is among top notch batsmen of the world said: “Our morale is high and we want to make a positive start to the tournament by winning the opening game against arch-rivals India on October 24 in the United Arab Emirates.”
Ahead of the much-awaited fixture, the Pakistan caption said that gaining momentum at the start of the international tournament will boost the team’s confidence.
“We are preparing hard during the team camp at the National High Performance Centre. The players are in good shape and training hard under the able guidance of national coaching staff.
We are eager to start well against India, which will definitely boost the entire team’s morale ahead of important World Cup matches.”
He dispelled the impression that Pak team will be under added pressure while facing India.
“It will be an important game of the mega event for us and playing any match under with extra pressure is never a wise thought, we will take our rivals, all in the World Cup, with undying spirit and collective teams efforts to achieve our set goals in the event in a gradual manner“, said the Pak captain in a confident manner.
To a question, he said, no team can be taken light or a easy opponent in a competition like World Cup and extra ordinary efforts and hard work are needed to outplay any opponent and to keep the winning ways intact.
Talking about the playing order for the game, the right-handed batsman said: “The batting order depends upon match-to-match, so it can be changed accordingly. But according to our plan, I will open the innings with wicket keeper-batsman Muhammad Rizwan but there can be a change as per the conditions.”
Babar, who is the second-best player on ICC men’s T20 rankings, also expressed the importance of having experienced players like Shoaib Malik and Mohammad Hafeez in the Pakistani squad saying,
“Although we have mixture of young and experienced players in the national squad but both Malik and Hafeez are match-winning players and their experience can help us on the field as well.”
Earlier, South African cricket coach Lance Klusener, during a virtual presser, said that the Pakistani team has the ability to upset arch-rival India in the T20 World Cup clash to be held in Dubai on October 24.
The newly-joined 50-year-old coach termed the event as a huge event, saying it is a match which fans cannot miss, especially in big competitions like World Cups.