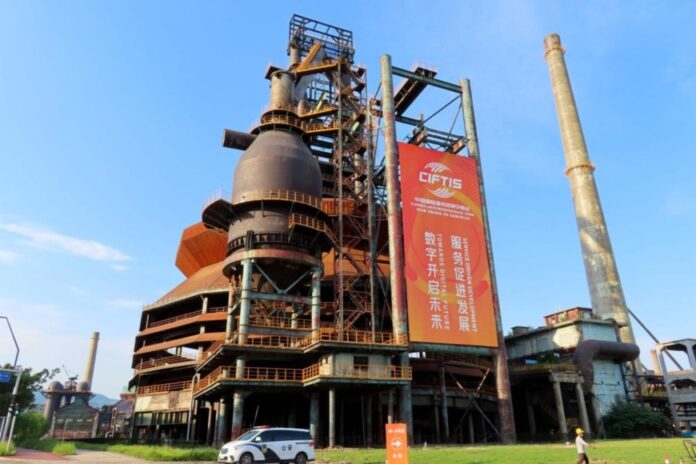 Beijing, whose service sector accounts for more than 80 percent of its GDP, has paced up the development of a national integrated demonstration zone for greater openness in the service sector and a pilot free trade zone (FTZ), and witnessed rich fruits in relevant endeavors over the past year.

Since the 2020 China International Fair for Trade in Services (CIFTIS) held last September, the city has implemented a good number of pioneering policies and projects to advance the construction of the two zones, continuously optimized its business environment, guided the transformation and upgrading of trade in services, and become a digital economy leader. The city’s achievements in developing the two zones are showcased at the ongoing 2021 CIFTIS.

Many of the policies and projects implemented for the construction of the two zones were unprecedented in the country, such as a policy that allows qualified companies to be granted accreditation as soon as they submit application for recognition as high-tech enterprises, preferential income tax policies for corporate venture capital firms and technology transfer, and a pilot platform for transfer of private equity investment shares, according to Liu Meiying, deputy director of the leading group office for the development of the two zones, Beijing Municipal Commerce Bureau.

Continuously taking bigger and bolder steps in the construction of the two zones, Beijing became one of the first cities in the country to pilot cash-pooling service for multinational companies that integrates domestic and foreign currency management and the first Chinese city to implement a new supervision model for bonded logistics supply chain.

While injecting vitality into the market, the implementation of such innovative policies has benefited enterprises in the city.

Thanks to Beijing’s pioneering policy on tax exemption, credit, and rebate for key aviation materials, an aircraft maintenance company, whose hangar is located to the south of the Beijing Capital International Airport, has saved about eight million yuan (about $1.24 million) in expenditure on transportation and shortened aircraft’s maintenance cycle by more than 400 days.

In Tianzhu comprehensive bonded zone in Shunyi district, Beijing, efforts to streamline work processes and cut administrative fees are making cross-border trade more convenient. The introduction of single-window document processing mechanism and smart devices at checkpoints has enabled vehicles to pass through entrance and exit of the bonded zone in less than one minute.

Digital economy is playing an important role in driving trade in services in Beijing. The city has continuously enriched the application scenarios of digital RMB. So far, more than 5,000 businesses in Beijing’s Haidian district accept digital RMB payment.

By approving testing of self-driving vehicles in a 10-km section of the Jingtai (Beijing-Taipei) Expressway, Beijing has brought the development of its intelligent connected vehicle (ICV) industry onto a “fast track”.

The city has also promoted digital transformation by kicking off the construction of a supercomputing center, establishing the Beijing International Big Data Exchange, and cultivating exemplary digital economy enterprises, among other endeavors.

Beijing has about 1,500 artificial intelligence (AI) companies, which account for around 28 percent of the country’s total. Last year, the added value of Beijing’s digital economy, including AI industry, reached 1.44 trillion yuan, accounting for 40 percent of the city’s GDP.

In August this year, Beijing announced its goal of growing into a global model of digital economy by the year 2030.

The development of the two zones has bettered Beijing’s business environment and made the city more attractive to foreign companies.

Changping district in the city has launched a special service window for government services related to the development of the two zones; Chaoyang district has set up the Beijing CBD International Talent One-stop Service Center to help foreign nationals with documentation issues; and Daxing district has actively developed a demonstration zone for innovation cooperation between China and Japan.