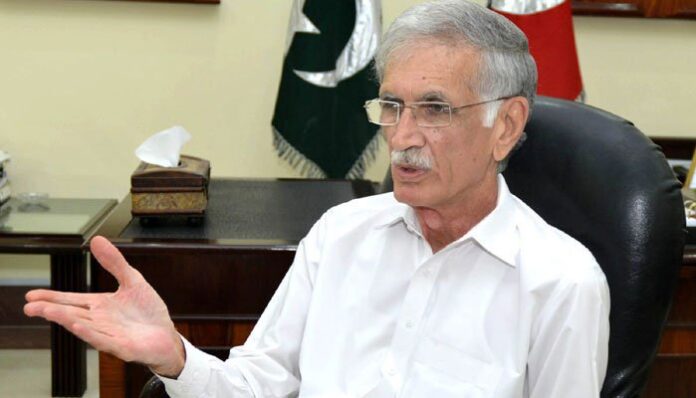 Defense Minister Pervez Khattak has said that the Children in Sialkot became over-emotional, it does not mean that everything in the country has gone bad.
Talking to the media in Peshawar, he said, “I too can get over-emotional and do wrong things when it comes to religion. We used to get over-emotional in our youth too.
During the conversation, the Federal Minister also put the responsibility of persuading the enthusiastic youth on the media and said that the responsibility of everything cannot be placed on the government, why the media does not explain to the people? The media only makes money, he claimed.