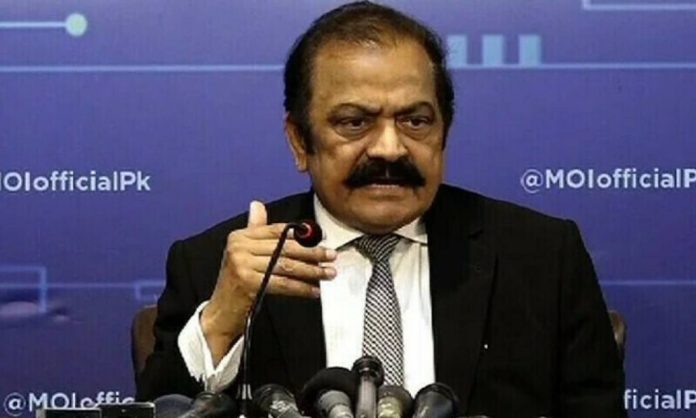 Minister for Interior Rana Sanaullah on Friday said that the Daily Mail’s apology was a confession that the mastermind behind this lie was Imran Khan who managed the publication of fake news against Shehbaz Sharif.

In a statement, the minister claimed that Imran Khan tried to blackmail Shehbaz Sharif through Daily Mail. The person who used to say that we look at cases, not faces is unable to show his face to anyone since the Daily Mail’s apology, he added.

He said that it had been proven that Imran Khan was a liar as well as a thief and added that a dishonest person could not be a leader under the Constitution.