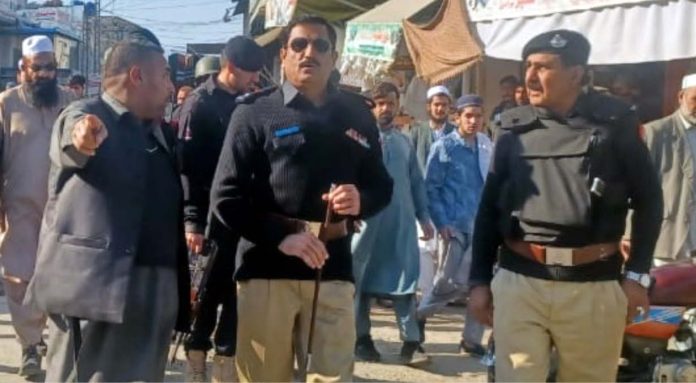 Haqnawaz Shinwari
SWAT
Newly appointed District Police Office (DPO) Swat Shafiullah Gandapur on Tuesday paid a visit Tehsil Matta and inspected security arrangement for the ongoing polio campaign in the district.
DPO Shafiullah Gandapur also paid a surprise visit to Matta police station and examined records of the police station ordered the staff of the police station to solve the problems of the citizens with dignity and ethics.
He directed SHO Matta to speed up action against drug peddlers, criminal advertisers and anti-social elements in view of the current situation.
He also visited the main market and adjacent markets of Tehsil Matta during this time and met the people present there and reviewed the traffic and other problems faced by them.
DPO also approved Ababil Squad in Matta Bazar to restore law and order and to prevent crime.
Shafiullah Gandapur also visited the Tourist Facilitation Center and issued various necessary instructions. He said that local administration and other authorities should treat kindly with tourists and give them all possible assistance.