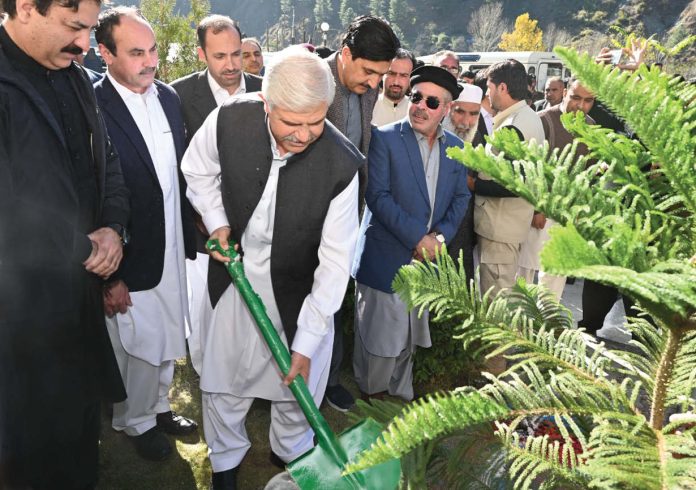 Khan says Rs8bn allocated for higher education in KP in budget-2022-23
PESHAWAR
Chief Minister Mahmood Khan has said that the provincial government has undertaken well-organized steps to align the education sector with contemporary needs and to ensure equal access of students to quality education.
Launching of education card for the current academic year is a continuation of those efforts under which tuition fee of students are being waived in all government colleges, he added.
In his statement issued here from the Chief Minister Secretariat on Thursday, the chief minister termed the Education Card a unique project of the provincial government which will prove to be an encouraging initiative in promoting higher education in the province.
The education card scheme is expected to benefit 244,000 students enrolled in government colleges throughout the province.
The scheme includes waiver of the entire tuition fee and will cost approximately Rs1 billion to the provincial exchequer.
The Chief Minister stated that investment in human capital is of paramount importance and is one of the pivotal agendas of the incumbent government adding that visible steps have been taken in this regard to ensure promotion of Higher Education in the province.
The Chief Minister reiterated that the reforms and initiatives of the provincial government have started yielding positive results and public trust in government educational institutions has been restored.
Mahmood Khan clarified that a number of steps have been taken to ensure that the educational institutions in the province are made fully functional.
In this regard, 76 colleges have been upgraded whereas 37 new colleges have been established in the province to provide uniform access to educational facilities.
The establishment of Pak-Austria Fachhochschule Institute of Applied Sciences and Technology at Haripur is another milestone achieved by the provincial government towards promotion of education in the sector of applied sciences as per contemporary needs.
Similarly, he said that the establishment of university campuses in various districts of the province has also ensured greater access to higher educational facilities adding that Rs 8 billion have been allocated in the budget of the current fiscal year for various developmental projects in the Higher Education Sector.
It is only quality education which can enable our future generation to compete not only nationally but also internationally. Education for the sake of degrees is not only useless but is also a waste of precious resources, the Chief Minister concluded.