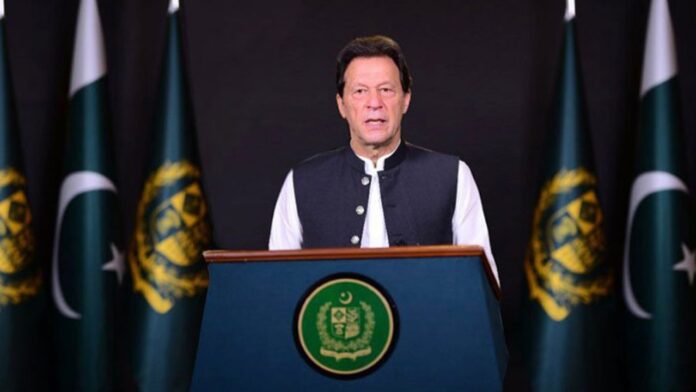 Prime Minister (PM) Imran Khan has informed parliamentary party of PTI and its allies there was a technical fault in the appointment of chief of ISI and it will soon be rectified.

“Now all is clear and there is no ambiguity in the appointment of ISI chief.

According to sources parliamentary party meeting was convened on emergency basis. The members protested against it with chief whip Amir Dogar because majority of members could not attend the meeting.

As per sources PM took parliamentary party into confidence on the prevailing situation between Army chief and PM on the matter of appointment of DG ISI saying he has very good working relationship with military leadership;. I can claim that no one has better relationship with army chief than me. There is no misconception between government and army.

He held there was a technical error in the appointment of DH ISI which will be removed. No ambiguity remains there now and every thing is very clear.

PM admitted government wanted that the incumbent DG ISI Lt Gen Faiz Hameed to continue his office in the perspective of Afghan situation. But army chief Gen Qamar Javed Bajwa told that there is no more room in army act for this thing.

PM said notification on the appointment of new DG ISI will soon be issued because what ambiguity was there in this regard has now been removed.

Sources said the members also demanded of the PM this issue should be resolved soon because negative impression of government is on rise among people and media on the matter of appointment of DG ISI.

The members also said that escalating price hike has made the life of people miserable and government should place focus on it.

PM while taking parliamentary party on board with regard to Afghan situation said all the stake holders will have to play their role for peace and stability in Afghanistan. Pakistan will continue to play its key role in this regard as peace in Afghanistan is must for peace in Pakistan.