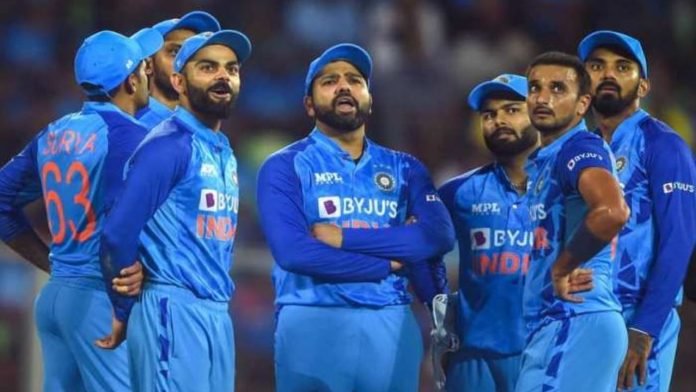 ISLAMABAD
Rohit Sharma-led Team India might have won the T20I series against Australia and South Africa on home soil, however, there are some big concerns as the team gears up to take part in the T20 World Cup in Australia.
Team India were given a major jolt on Monday as Jasprit Bumrah was ruled out of the T20 World Cup due to an injury. No replacement has been named so far. Mohammed Shami and Deepak Chahar are in the standbys, but both of them have not played the shortest format for that long this year.
Asia Cup, series against Australia and South Africa saw the Indian bowlers leaking runs at the death. No bowler has been able to stand up and take the control of the game. Bhuvneshwar Kumar, Harshal Patel, and Arshdeep Singh have all leaked runs at the death and with Bumrah being sidelined, one does not know how the side can find a fix to this problem.
Hardik Pandya has emerged as the biggest MVP for Team India in the shortest format of the game. This year, he has time and time again shown that he can win the match for India with both bat and ball in hand.
However, one needs to ponder what happens if Hardik gets injured? With the all-rounder consistently bowling in all the games, if he gets injured, the balance of the side will be severely disrupted. He cannot also be given a “cotton-wool” treatment once the tournament starts, so managing his workload is a tricky rope to walk on. There are no like-for-like replacements for him in the squad.
Everyone knows the talent Rishabh Pant possesses, but he has not been able to prove his credentials in the shortest format of the game. Pant played the T20I series against South Africa, but he only managed to have a go with the bat in the final T20I, where he scored 27 runs off 14 balls while he came out to open the batting. However, playing as an opener is not possible with KL Rahul and Rohit Sharma doing that role.
Leg-spinners have traditionally done well Down Under, so Yuzvendra Chahal has to be trusted upon in Australia. With bigger boundaries at play, Chahal can take the risk of flighting the ball and giving it some air. However, his form off late may disappoint Rohit and management.
The spinner has not been able to control the run-flow, and along with it, the wickets have not been coming for him consistently. The Asia Cup and series against Australia saw Chahal leaking runs.