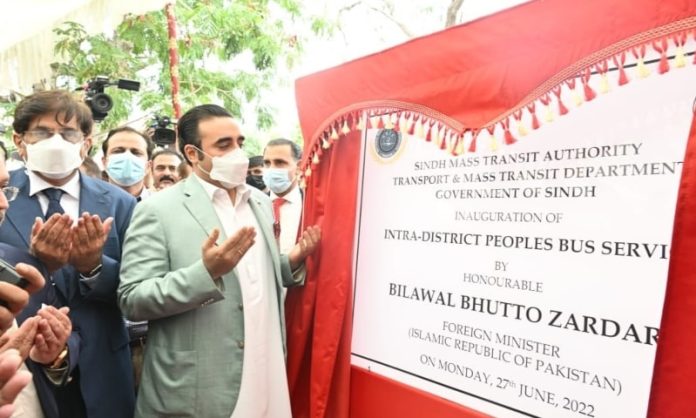 Foreign Minister Bilawal Bhutto Zardari on Monday inaugurated the Peoples Intra District Bus Service in Karachi to facilitate the people with inexpensive and high-standard transport.
In the first phase, as per state media, the 30-bus fleet will run on a 29 KMs long route from the Model Colony to Tower. There are seven routes have been devised and at least 240 buses will be run phase-wise.
In a statement, Sindh’s Provincial Minister for Transport Sharjeel Inam Memon said that the fare of the People’s Bus Service will be from 25 to 50 rupees. He said that Pakistan Peoples Party is always trying to develop the city. It may be remembered that the Peoples’ Bus Service is a project separate from the network of Bus Rapid Transit (BRT) lines.