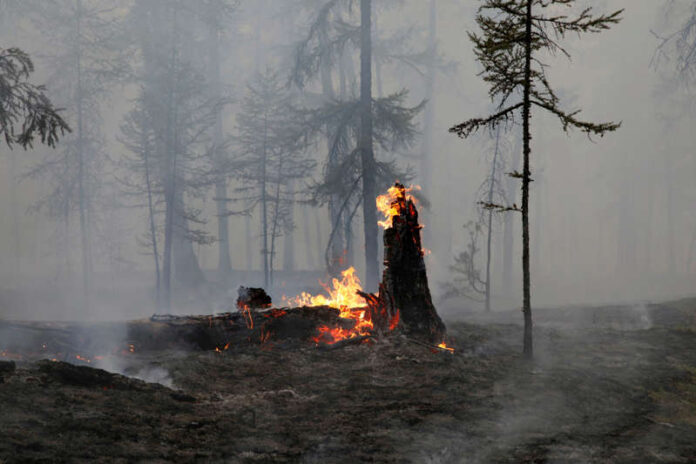 A wildfire raging through a Russian forest forced over 830 people to flee from a summer camp in the southern Urals as the flames burned only 1 kilometer (half a mile) away, emergency authorities said Sunday.

A total of 750 children and 87 personnel were evacuated from the camp in the Bashkortostan republic, some 1,180 kilometers (730 miles) east of Moscow, Russia’s Emergency Ministry said.

Firefighters were battling the blaze that prompted the evacuation.

Bashkortostan on Sunday was among five Russian regions most affected by the wildfires. According to Russia’s aerial forest protection agency, Avialesookhrana, seven fires were burning in Bashkortostan, covering 1,293 hectares (3,195 acres).

Overall, 246 fires were raging Sunday in Russia across 4.4 million hectares (10.8 million acres), with the Sakha Republic, also known as Yakutia, in northeastern Siberia accounting for the vast majority of them.

In recent years, Russia has recorded high temperatures that many scientists regard as a result of climate change. The hot weather coupled with the neglect of fire safety rules has caused a growing number of wildfires that authorities say have consumed 15 million acres this year in Russia.___