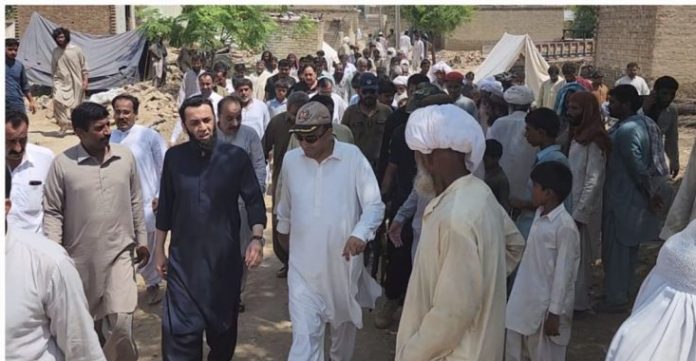 Special Assistant to Prime Minister Attaullah Tarar said on Sunday that there would be no shortage of food in the flood hit areas as the incumbent government was committed to ensure ample supply of food items and relief goods in the areas.

He said this while distributing ration and other relief goods among flood affectees in Dera Ghazi Khan.

It is not the right time for politics, however, it is sad to say that billions of rupees were released from Lahore but these were not spent in Taunsa, he added.

Tarar further remarked that he would present a detailed report to Prime Minister Mian Shehbaz Sharif adding that the prime minister was committed to reconstruct and rehabilitate the damaged houses at earliest.

Criticizing PTI Special Assistant to Prime Minister said that PTI were spending millions of rupees on public meetings instead of diverting the amounts to flood affectees. He assured that the federal government would compensate the aggrieved families.

On this occasion, local leadership of PML N was also present.