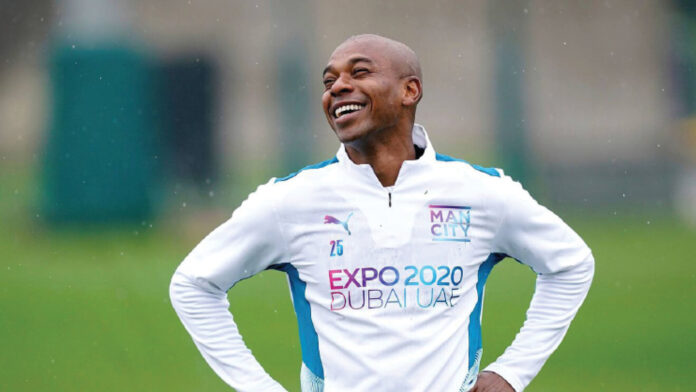 MANCHESTER
Manchester City captain Fernandinho paid tribute to manager Pep Guardiola, saying he helped improve his game tremendously as the Brazilian midfielder prepares to walk out in a City shirt for the last time when they take on Aston Villa on Sunday.
The 37-year-old has been a crucial player for City since joining from Ukrainian side Shakhtar Donetsk in 2013, winning four Premier League titles, an FA Cup and six League Cup trophies during his time at the Etihad Stadium.
He can add another league triumph to his collection if City beat Villa at home.
“Since he came, the way City started to play under him was completely different,” Fernandinho, who will become a free agent in the summer, told the club website.
“That is why he is considered one of the best managers in the world. Definitely (he has taken my game to the next level). When he came, I was 30 already so I had good managers in the past.
“But when I started to work with him, I just started to see football in a different way. I understood football much better, and he makes you see the game in another vision.”
Fernandinho, who was signed by previous City boss Manuel Pellegrini, has been deployed as a centre back by Guardiola in the past and excelled in the unfamiliar position.
Playing under Guardiola “was amazing”, he said. “He definitely helped me increase my level and my understanding about football as well.”