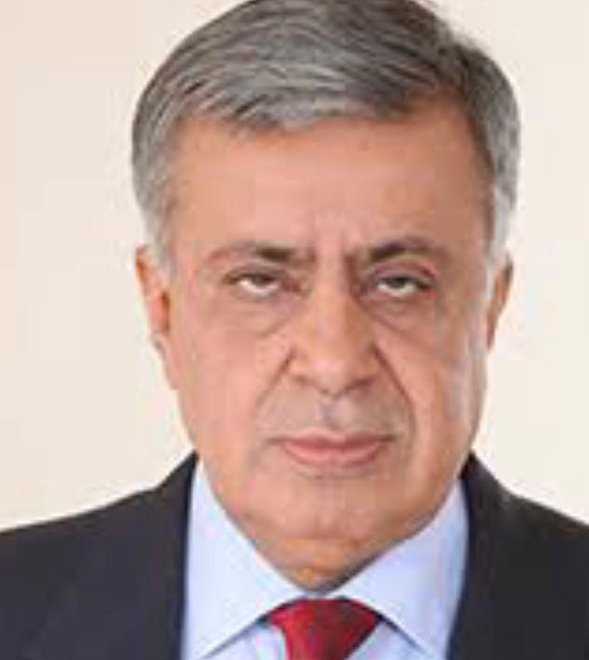 He was hospitalized after a heart attack two weeks back. The announcement of his funeral prayers will soon be disclosed. Nizami was the editor of The Nation and the president of the Pakistan Council of Newspaper Editors.

He was the son of Hameed Nizami, the founder of the Nawa-i-Waqt Group of newspapers.

Saddened to learn of the passing of veteran journalist, editor and political commentator Arif Nizami. My condolences and prayers go to his family.

Information Minister Fawad Chaudhry remarked that he had a “long relationship” with Nizami.

“I am heartbroken to hear of the demise of Arif Nizami. I had a long relationship with him. His father Hameed Nizami and my grandfather Chaudhry Owais were companions in Tehreek-e-Pakistan. May God have mercy on the elders,” he tweeted.

Minister for Interior Sheikh Rasheed Ahmed said he was disheartened to hear about Nizami’s death, adding that it was a “personal loss” for him.

He left The Nation due to personal disagreements with his uncle, the late Majid Nizami who was the managing director and Chief Executive at the family-owned newspapers at that time, whereas Arif Nizami was a part-owner and a director of the company.

In 2010, he founded Pakistan Today newspaper and served as editor of the newspaper.

In 2013, he was made caretaker minister for Information and Postal Service.

In 2015, Arif Nizami became CEO of Channel 24. He was also the host of a political talk show “Debate News Analysis”. Arif Nizami is also known for previously hosting a current affairs show on Samaa TV. He was also a guest in 92 News Talk Show program “Ho Kya Raha Hai”.

Nobody to be spared perpetrating violence under garb of religion: PM