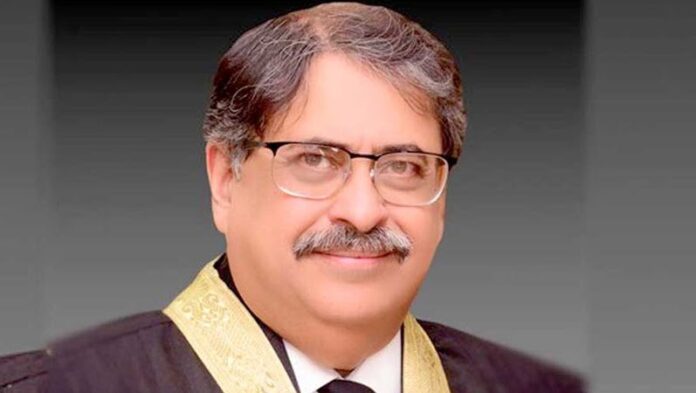 Islamabad High Court (IHC) has extended till May 12 its order for not arresting Shahbaz Gill and Fawad Chaudhry in blasphemy case.

The petitions from Fawad Chaudhry and Shahbaz Gill against the blasphemy case came up for hearing before the single bench of IHC presided over by Chief Justice (CJ) Athar Minallah Monday.

The court remarked during hearing of the case chairman PTI said during PTI public meeting in Abbottabad as to why the courts opened at night. The message was given to the workers the courts are not independent. It will be proper if it should be told first have you trust in this court or not. Campaign was launched from every where against this court but we don’t care for it. Justice must not only be done but it should be seen to be done. First tell us after obtaining fresh directives if you have no trust then we will send case to some other court. If it seems to you this court compromised on April 9 night then tell us in clear terms. 4 petitions came before court on that night. Did we issue order on any one among them. If there is any thing like this then tell us, I will take ownership. This court respects all political parties. If one party has not trust on this court then tell us. There are cases more important than these cases before this court. The cases of missing persons are before this court.

The court remarked we are seeing the matters which were to be seen by the state. If you have no trust then we don’t want to break the trust of other petitioners by hearing these cases.

CJ IHC remarked it makes no difference if you say it. Here the statement is different and outside the court narrative is some thing different. Ask and tell us tomorrow in clear terms if you have no trust then we will refer the case to some one else. We will send the case to the court upon which you repose trust.

Court observed if some one says while addressing a public meeting that the courts are compromised then the matter becomes clear. Sheikh Rashid had come himself and he had said he had trust on the court. You should ask from your party walas and tell us if you have trust or otherwise.

The counsel for Shahbaz Gill told the court if you say then we call them today and ask this from them that what is problem.

The court remarked ask them and tell us if they have no trust then we send the case to some other court.

The lawyers requested the court not to issue written order regarding lack of trust. This order sheet will become part of every political talk.Proper message will not go.

The CJ IHC remarked message like this has been given in Abbottabad public meeting. This court itself has heard the speech. This court does not become upset due to such narratives. . It has happened in the past too. We don’t care for it. Your party thinks I have got a flat in Manchester.

The counsel for Shahbaz Gill told the court the ordinary citizens talk this way. You are above it.

The court remarked an application seeking court’s orders to stop cabinet meeting prospective decision came on the night of April 09. It was said the Prime minister is going to make public a letter from cabinet meeting. Stop it. We had not even heard this petition. Misreporting has been done at certain places that day. Some analysts created environment as if the martial law was going to be imposed.
The court issued notices to interior ministry, IG Islamabad and respondents to file reply till May 12.
The court adjourned the hearing of the case till May 12.

No fatality, 694 tested positive due to coronavirus in last 24 hours