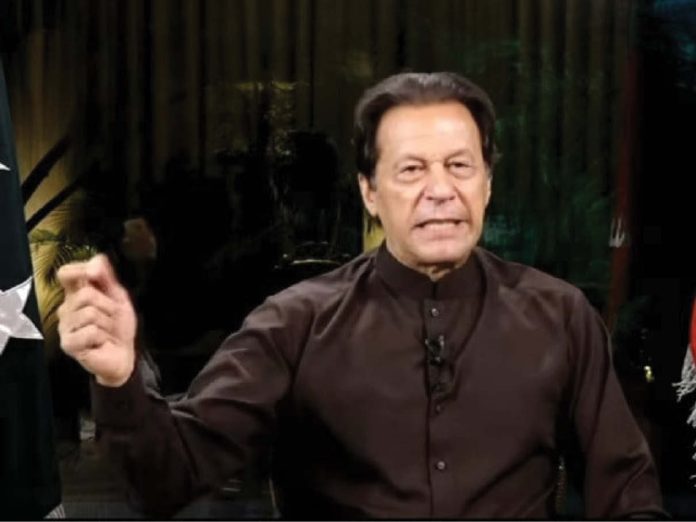 Ex-PM says establishment’s plot against his regime became clear after removal of Gen Faiz Hameed as ISI chief
ISLAMABAD
Former prime minister and PTI Chairman Imran Khan has accused former army chief General (retd) Qamar Javed Bajwa of playing “double game” against his government and admitted that he committed a “big mistake” by extending the tenure of then military chief in 2019.
In an interview with a local TV channel, the ex-premier regretted that he put his trust in the then army chief. “I would believe in everything General Bajwa would tell me because our interests were the same… that we had to save the country,” he commented.
“I did not get to know how the lies were spoken and I was betrayed,” he added.
Imran, who was ousted from power via opposition’s no-confidence motion in April this year, said he also received reports from Intelligence Bureau (IB) on “what games were being played against his government”.
The PTI chief claimed that then military establishment was in contact with the PML-N supremo Nawaz Sharif to topple his government and plot against his government became clear following the removal of Lt Gen (retd) Faiz Hameed as ISI chief in October 2021.
When asked about Moonis Elahi’s recent claim that Gen Bajwa asked him to support PTI, Imran said “It is possible that he [Moonis] was asked to support Imran Khan while the other one [Chaudhry Shujaat Hussain] had been asked to go with PML-N”. “Gen Bajwa was playing a double game and I discovered later that even PTI’s members were being given different messages.”