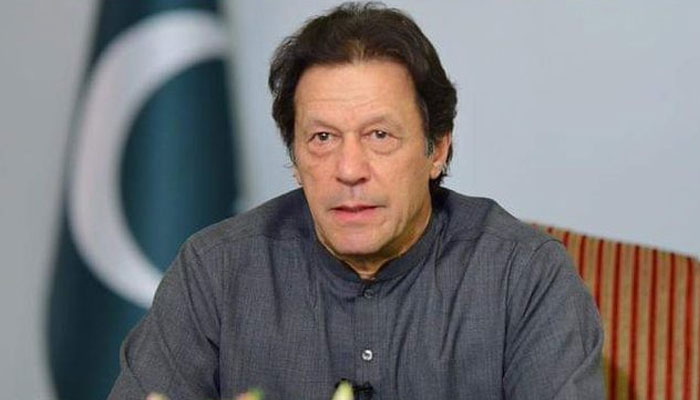 Chairman PTI Imran Khan has apologized to Islamabad High Court (IHC) in the contempt of court case for threatening the female judge.

The court has stopped the proceedings for charge sheeting him in this case.
A five members bench of IHC presided over by the Chief Justice (CJ) Athar Minallah and comprising Justice Mohsin Akhtar Kayani, Justice Miangul Hassan Aurangzeb, Justice Tariq Mehmood Jahangir, and Justice Babar Sattar took up the case for hearing Thursday. .

The CJ IHC remarked at the inception of hearing of the case the accused would be indicted today (Thursday)..

Hamid Khan told the court Imran Khan wants to say something and he be allowed to come on the rostrum.

The CJ IHC called Imran Khan on rostrum and said what he wanted to say.

Imran Khan said he wanted to take one minute of the court. “My 25 years political career is for rule of law. I had no intention to threat female judge. If it seems to court I have transgressed my limits I apologize and I assure no harm will be caused to female judge from me and my party. I am ready to go to female judge to apologize. I assure I will not say any thing like this in future.

The CJ IHC remarked it is not appropriate for us to initiate contempt of court proceedings. We are halting the proceedings of indictment t. It will be your personal decision to go to female judge or otherwise. If you have realized your mistake and are ready to tender apology then it is enough. We appreciate the words expressed by Imran Khan in connection with apology. We will decide after seeing Imran Khan affidavit.

Imran Khan said is there any other option except affidavit to satisfy court. What you have said the court had not asked you to express it. You will have to file affidavit.

The court adjourned the hearing of the case till October 03.