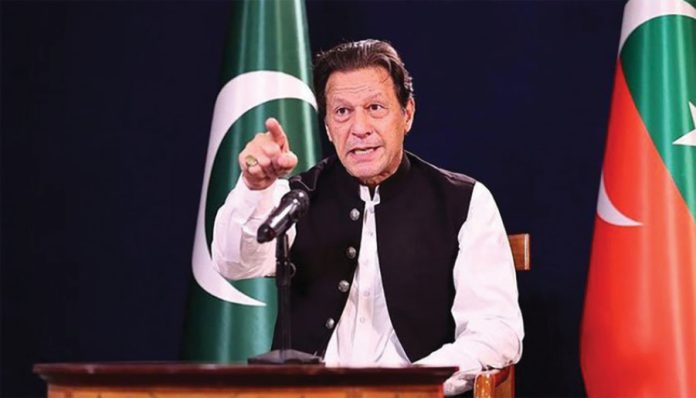 SUKKUR
Pakistan Tehreek-e-Insaf (PTI) Chairman and former prime minister Imran Khan on Monday urged the youth of Sindh to be part of his team to defeat former president Asif Ali Zardari.
Addressing an event, the former prime minister slammed Asif Ali Zardari and said that Zardari has empowered the ‘system of injustice’ in Sindh. He claimed that Zardari has stolen Sindh’s money and transferred it abroad. Due to the looting of the “Zardari mafia”, the rural areas of Sindh were left far behind in terms of development.
Talking about the arrest of PTI leader Haleem Adil Sheikh, Imran Khan said that he [Haleem Adil Sheikh] is being treated inhumanely.
Apart from this, the PTI Chairman also visited the camp of flood-affected people in Sukkur, during which he was apprised of the problems faced by the people due to the current situation. The former prime minister said that the disaster the country has to face is very painful.
Imran also said that Sindh has faced more disaster than other provinces. He further said that his team will tell him in which area to provide relief first. “From the money they collected, Rs 1 billion will be provided to the flood-affected people of Sindh province”, the PTI Chairman said.
Vowing to not leave the flood-stricken people alone, Imran also promised that if his party gets another chance to rule the country, he will build the dams.