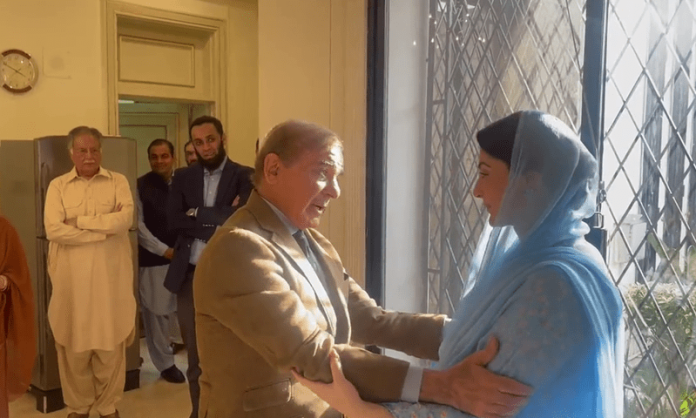 Four years after their conviction, PML-N Vice President Maryam Nawaz and her husband Captain (retd) Safdar were acquitted in the Avenfield properties corruption reference after the Islamabad High Court overturned the July 2018 verdict on Thursday.

Speaking outside the court, the PML-N leader hailed the verdict and said that Mian Nawaz Sharif stood “vindicated”.

She started her media talk while speaking on the phone to her father and paused midway to receive another from her uncle Prime Minister Shehbaz Sharif, both of whom congratulated Maryam on the victory.

Separately, PM Shehbaz said the “edifice of lies, slander and character assassination” had come crumbling down.

“Maryam’s acquittal in the Avenfield reference is a slap in the face of so-called accountability system that was employed to target the Sharif family. My congratulations to Maryam beti and Safdar,” he said.

While a short order is awaited, based on today’s verdict, Maryam is now eligible to contest elections.

In her media talk, Maryam appeared to evade questions about her taking part in the next general elections. “Party head Nawaz and PM Shehbaz will decide when and where I will contest,” she said, adding that the party would take a decision in this regard.