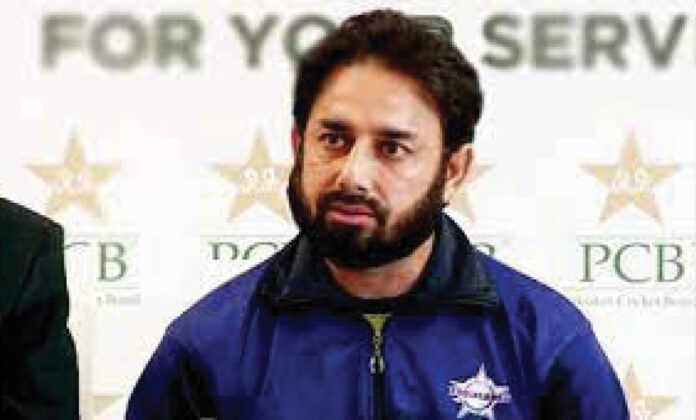 Islamabad
Former Pakistani spinner Saeed Ajmal on Monday said that Indian cricket has a lot of money as well as some very strong sponsors, which is why the Board of Control for Cricket in India (BCCI) is financially stable.
Speaking to a private TV channel, Ajmal also spoke about his popular spinning technique, doosra, and the ban imposed on him by the International Cricket Council (ICC).
“The ICC restricted Indian spinner Ravichandran Ashwin from bowling for six months before levelling allegations against me,” said Ajmal.
He said that Ashwin was told to rest for six months, West Indian spinner Sunil Philip Narine was barred from playing international cricket and then they [ICC] “sidelined me and Muhammad Hafeez”.
The former test cricketer claimed that there were issues regarding the Indian fast bowler Jaspreet Bumrah and bowler Harbhajan Singh.
“But since both of them are Indian cricketers and then their cricket board has a lot of money and sponsors — and money is above everything — these players didn’t have to face any controversies, said Ajmal.
PM Imran Khan says ‘money is a big player now’
Earlier in the day, when asked to speak his mind on the England and Wales Cricket Board’s (ECB) decision to pull out of the Pakistan tour, Prime Minister (PM) Imran Khan said that he believes that “there is still this feeling in England that they do a great favour to play countries like Pakistan”.
“One of the reasons is that, obviously, the money,’ said PM Imran Khan.
The prime minister said that the BCCI is the richest cricket board in the world, adding that no other country would dare to do to India what England had done to Pakistan.
“Money is a big player now,” he said. “For the players, as well as for the cricket boards. The money lies in India, so basically, India controls world cricket now. I mean, they do, whatever they say goes. No one would dare do that to India because they know that the sums involved, India can sort of produce much more money,” he added.
‘Money is now everything in world cricket’
On Thursday, Pakistan Cricket Board (PCB) Chairman Ramiz Raja said that the PCB must strengthen its financial status to increase its value before the ICC as well as other cricket boards.
“The truth is that money is now everything in world cricket. PCB has to strengthen its financial status in order to increase its value before the ICC,” said Ramiz while speaking before the Senate Standing Committee on Interprovincial Coordination on different aspects and future goals set up for Pakistan cricket.

Australian Open reverses its ban on ‘Where is Peng Shuai?’ T-shirts

Foreign cricketers excited to be in Pakistan for HBL PSL 7