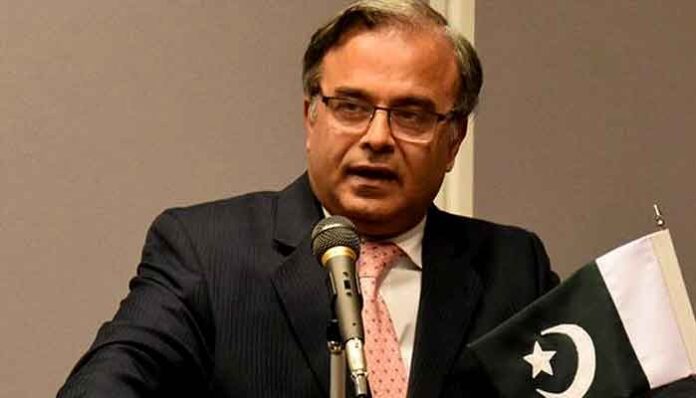 ISLAMABAD : Pakistan’s Ambassador to the United States, Asad Majeed Khan has said investment in peace in Afghanistan is the best way to counter terrorism.
In an interview with a German television channel, ZDF, he said if there is no peace in Afghanistan, there would be ungoverned spaces where terrorist groups could potentially find safe havens as before.
Asad Majeed underlined the need of an inclusive government in Afghanistan to ensure long-term stability of the war-ravaged country.
He said Pakistan will continue its cooperation with international community in combating terrorism, as it itself faces threats from some terrorist groups operating in Afghanistan.
He said Pakistan has given a commitment to the international community that our territory would not be used against anyone and hopes that whosoever forms government in Afghanistan will also make sure that Afghan territory is not used against any country.
The Ambassador said Pakistan wants the international community to work as partner in Afghanistan, so that the war-torn country becomes an arena for cooperation rather than confrontation.