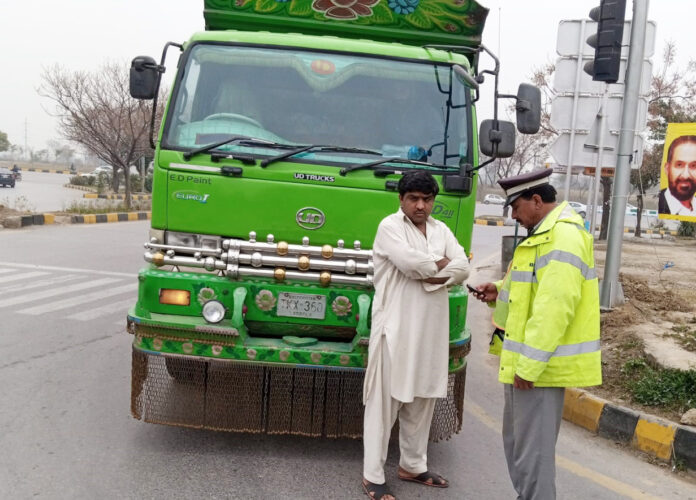 ISLAMABAD
The campaign of Islamabad Traffic Police (ITP) launched to check lane violation is in full swing and Issued 7660 Fine tickets to Drivers during last one month and also road users are being educated to follow traffic rules and minimize the accident ratio.
The main objective of this road safety campaign is to ensure safety to people and road users are being educated for lane discipline during drive.
Following directions of Inspector General of Police (IGP) Islamabad Muhammad Ahsan Younis , Senior Superintendent of Police (Traffic) Rai Mazhar Iqbal has constituted special squads to control lane violation on various roads and ensure smooth flow of traffic in the city.
ITP’s squads remain present on all important roads including Islamabad Expressway, Srinagar (Kashmir) highway to educate road users about traffic rules. Pamphlets and leaflets are being distributed to create awareness among citizens
While teams of education wing headed by SSP (Traffic) Rai Mazhar Iqbal are creating awareness about traffic rules.
ITP’s FM Radio 92.4 is also disseminating the messages about road safety and to educate audience about traffic rules.
Senior Superintendent of Police (Traffic) has appealed the citizens to cooperate with the force by following traffic laws. He said that action would be taken against those not following lanes during drive as the sole purpose is to ensure safe road environment in the city.
He hoped that citizens will follow traffic rules and help ITP through their cooperation in ensuring secure traffic system in the city.
Those violating traffic rules will be fined and safer road environment would be ensured through constant monitoring, he maintained.