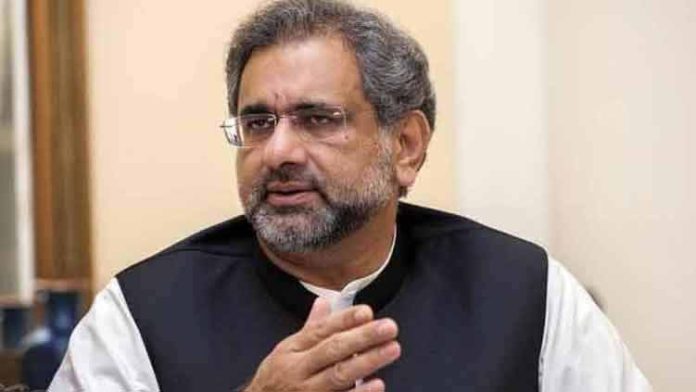 Former Prime Minister (PM) Shahid Khaqan Abbasi has once again demanded the abolition of NAB has said a so called process of accountability is running in the country.
He said this while talking to media men here outside accountability court Islamabad, Monday.

“ I have repeatedly said that NAB should be disbanded for the sake of survival of the country, I have been coming here since the last several years. I have appeared in 70 hearings. If there had been some thing in any of these cases then they should have been decided in three hearings.

He sated NAB has not leveled any corruption charge against us. Our name comes in media but there is nothing in the case. No one has caused loss to the country as much as Justice (Retd) Javed Iqbal and NAB have inflicted.

It is age of admission. Justice (Retd) Javed Iqbal should admit it, he remarked.

Pakistan took benefit of thousands of billions from LNG terminal, he said adding the government stabilized the economy. It is endeavoring more and more.

The government saved Pakistan from default, he said adding difficult decisions will have to be taken.
Bureaucracy is not ready to do any work due to NAB.